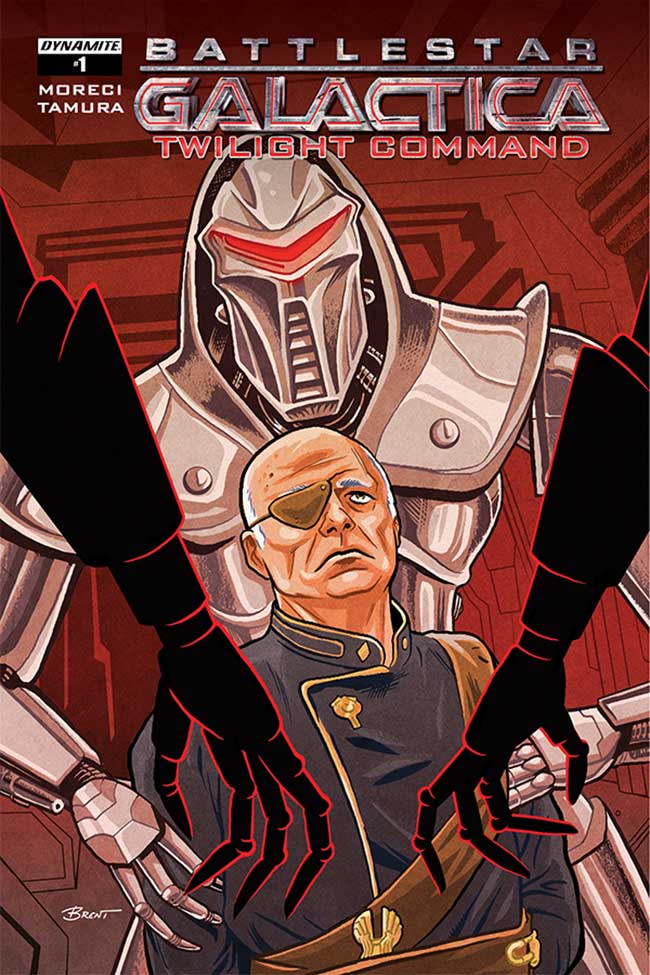 In February be on the lookout for Battlestar Galactica: Twilight Command, a new series from writer Michael Moreci and artist Breno Tamura. In the spirit of Rogue One—but all BSG—Battlestar Galactica: Twilight Command follows a group of men and women who’ve lost everything, who’ve compromised their souls and are in need of redemption—and they find it on New Caprica, in a one-way mission that will set the stage to free the human race from Cylon occupation.

“I’m not kidding when I say that this is the exact story I’ve been wanting to tell since I watched Battlestar Galactica when it first aired. I always thought there were so many stories to tell on New Caprica, and being able to expand the Battlestar Galactica world with new characters–and old favorites–is so amazing,” said writer Michael Moreci. “Not only that, but this is a bit of a different kind of Battlestar Galactica story. I liken it to what Rogue One did for Star Wars; it maintained the spirit while creating something new.”