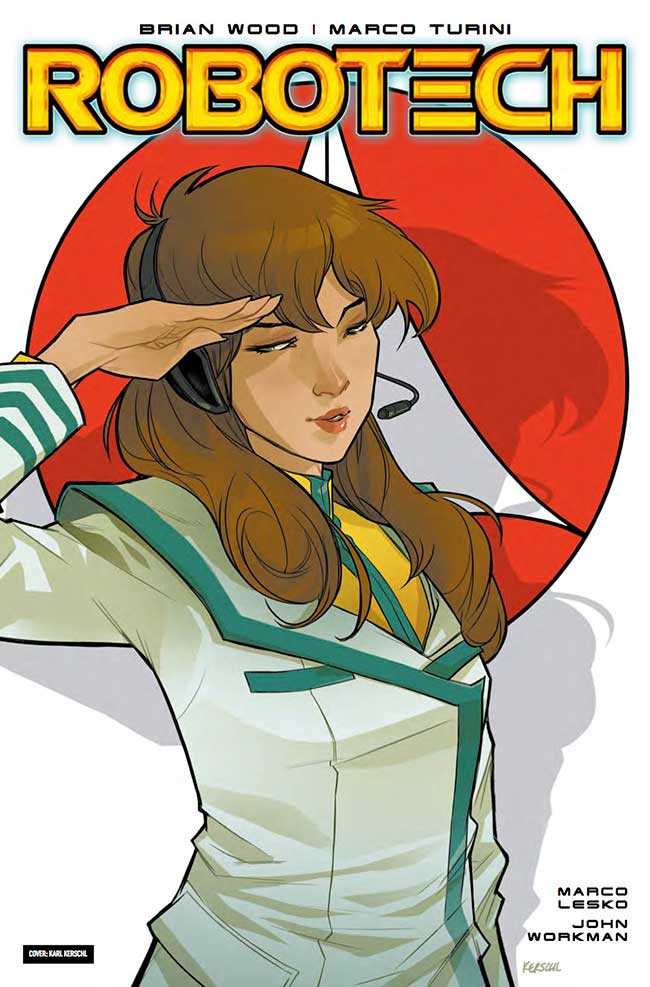 Ten years ago, a massive ship crashed on Macross Island in the South Paci c. In the intervening years, the people of Earth have used the ‘Robotechnology’ from the ship to signi cantly advance
their own technology.

On the launch day of Earth’s Super-Dimension Fortress One (the SDF-1), Earth is attacked by mysterious ships which appear in space and deadly ‘Battlepods’ are dispatched…

Talented young pilot Rick Hunter has been caught up in the events and has taken a Veritech ship (an advanced ghter jet enhanced by Robotechnology). After meeting a girl named Minmei, the pair come face to face with a giant alien being…