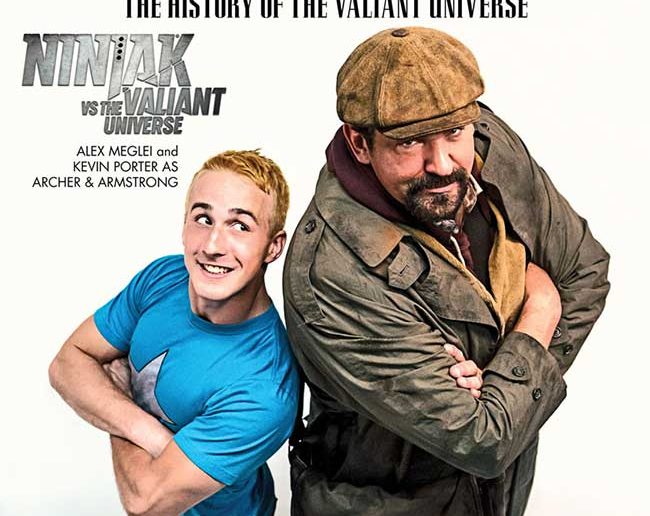 Valiant Entertainment is super excited about Ninjak vs. The Valiant Universe, and expect the variant covers to be a big deal. The publisher has released the second wave of variant covers you can chase later this summer.

Announced last year at New York Comic Con, NINJAK VS. THE VALIANT UNIVERSE is a first-of-its-kind, live-action digital series. Premiering online in late 2017, the bone-shattering, six-episode series will pit MI-6’s master assassin, Ninjak, against a gauntlet of Valiant’s most formidable heroes for a bloodstained battle royale torn from the pages of the largest independent superhero universe in comics. The series will be the first project from VALIANT DIGITAL – a new division of Valiant Entertainment committed to producing original content in live-action, animation and emerging media created specifically for the digital arena.

Colin King is Ninjak, MI-6’s deadliest intelligence operative and weapons expert. When the ruthless assassin Roku exploits his greatest weakness, Ninjak will be forced to betray his closest allies. Now, on the run, he must face off against the most powerful heroes known to man for a high-octane, take-no-prisoners trial by fire more perilous and more unpredictable than any he’s faced before. In 2017, the world’s most dangerous super-spy goes to war with the Valiant Universe…

All summer long, get ready for a steel-shattering battle royale between the world’s most feared super-spy and a deadly gauntlet of the world’s most formidable warriors with the NINJAK VS. THE VALIANT UNIVERSE line of variant covers – returning to comic shops this summer on the following releases from Valiant Entertainment: