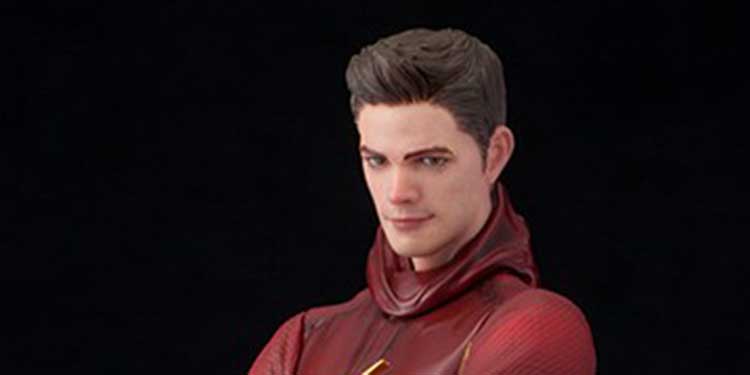 Kotobukiya has unveiled a new statue of The Flash based on the character seen in the popular television series from The CW.

This sculpt is really interesting. On the one hand it looks very realistic, but a closer look at the alternate head, Barry (played by Grant Gustin) has a weird hyper-realism to it. The end result is an interesting statue that would look great on the shelf of your Nerd Room of Doom.