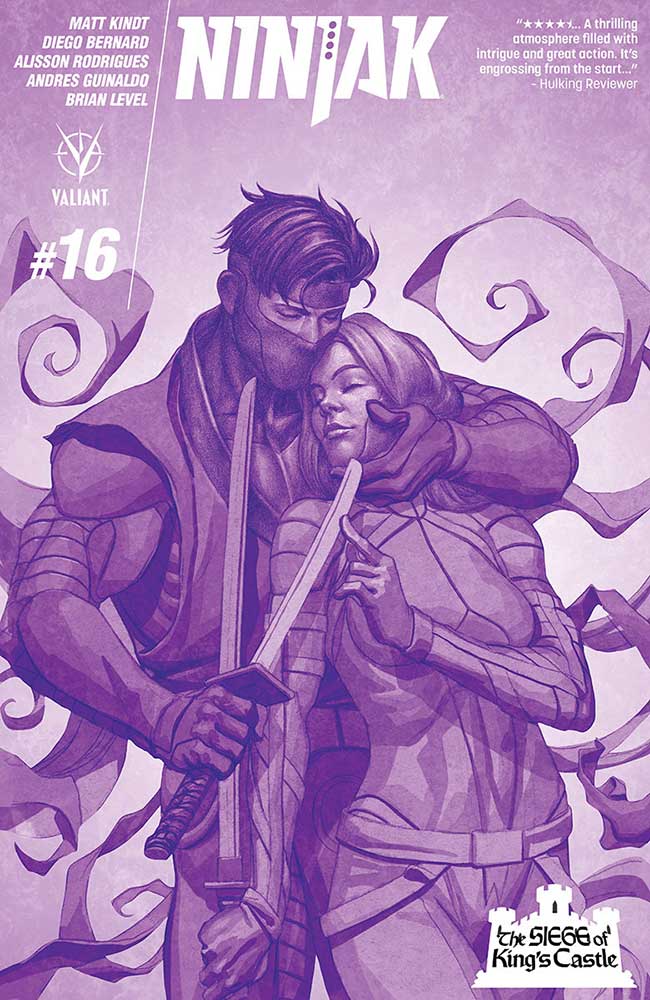 Matt Kindt, Diego Bernard and Andres Guinaldo bring us another thrilling installment of Ninjak #16, that is set to arrive in stores on Wednesday.

“THE SIEGE OF KING’S CASTLE” spirals out of control!

Roku continues to tear down Ninjak’s world brick by brick…and, now, the world’s most dangerous MI-6 operative has just found himself disavowed, out in the cold, and on the run. With no allies left to turn to, can Colin King get his bearings before Roku takes everything – including his life?

New York Times best-selling writer Matt Kindt (DIVINITY II) and rising star Diego Bernard (X-O MANOWAR) pull back the layers of Roku’s plan to destroy her bitterest enemy…and reveal a shocking secret at the heart of Ninjak’s identity here as the walls fall around “THE SIEGE OF KING’S CASTLE”!