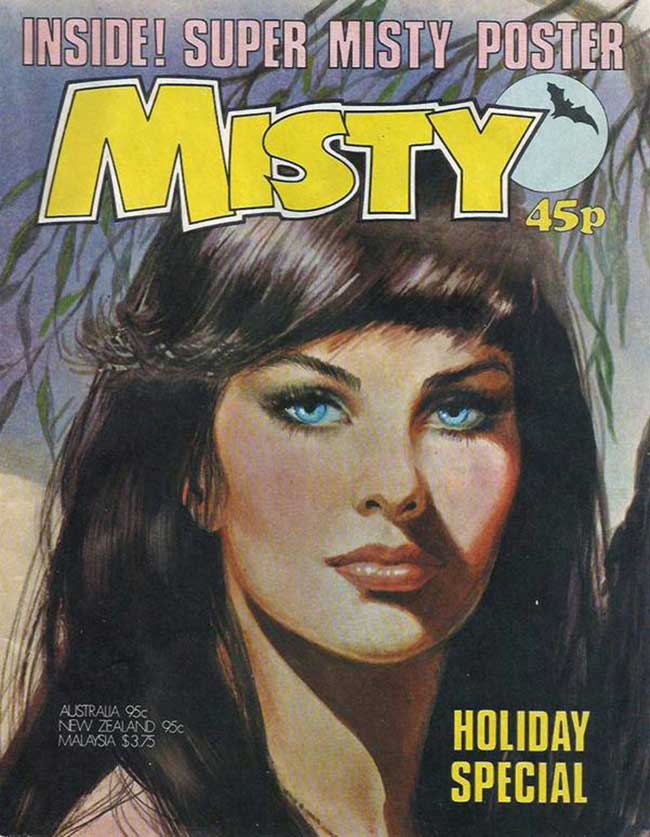 Rebellion, the publishers of 2000 AD have announced it will reprint content from the 1970s horror comic series, Misty, next year.

First published in February 1978 and intended as ‘2000 AD for girls’, Misty was a weekly anthology horror comic that featured such as “The Sentinels” which saw the years 1978 and 1940 linked via two empty tower blocks, and “Moonchild” about a girl with telekinetic powers.

“I designed Misty to be a female 2000 AD with the emphasis on magic and horror, rather than science fiction; it was very successful and is fondly remembered today,” said Pat Mills in a press release. “The stories chosen for the graphic novel are regarded by Misty readers as the very best with stunning, powerful and scary art. It’s great to see them back in print and I hope they will form the vanguard of a girls’ comic revival that is long, long overdue.” Rebellion is doing this in cooperation with rights-holder Egmont, and the first issue of Misty is expected to arrive in September 2016.