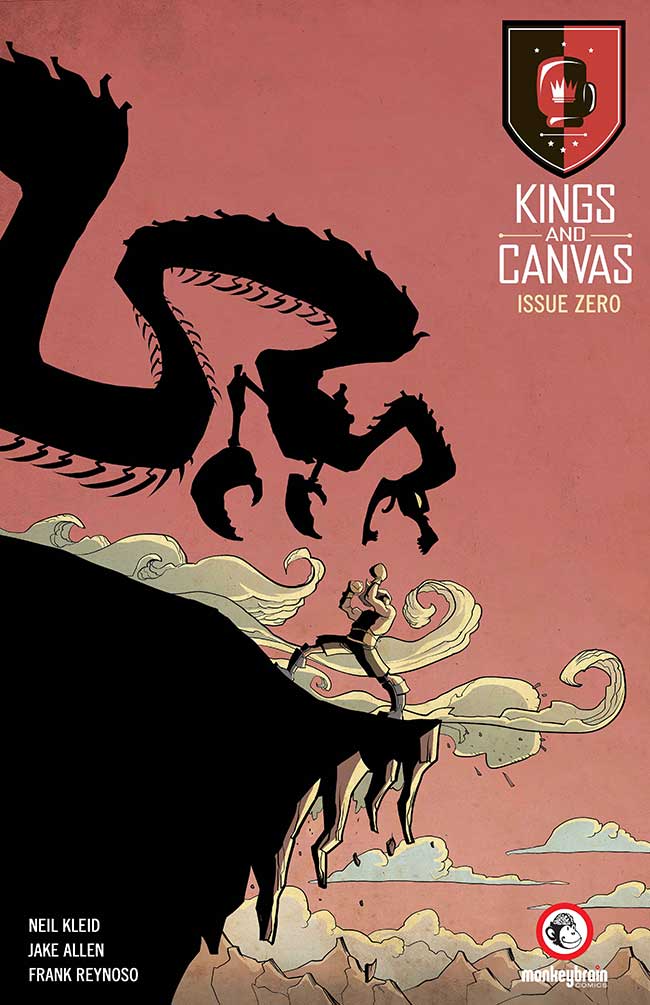 Monkeybrain Comics sent Major Spoilers a sneak peek of this week’s Kings and Canvas #0 by Neil Kleid and Jake Allen.

Kings and Canvas #0
Writer: Neil Kleid
Artist: Jake Allen
Colorist: Frank Reynoso
Price: $0.99
Pages: 35
Rating: 12+
Years ago, a boxing champion named Mammoth was exiled and imprisoned. Now, a decade later, Mammoth is ready to return to the family, title and country he’d left behind. It’s a land in which man, beast and champion stride a battlefield and either raise their gloves in triumph or taste canvas in defeat. But before he can return, Mammoth has to escape. And every escape has a story. This, then, is the beginning of that story. KINGS AND CANVAS, an original boxing fantasy tale, explores the lengths a man will go to find purpose after life, liberty and career have passed him by. “Game of Thrones meets Rocky”—but with sea dwarves, pirate referees and talking, boxing dragons—KINGS AND CANVAS journeys across the frontier of a changed America in which honor is gained not by using guns or swords, but rather fists, wits and the courage to change.