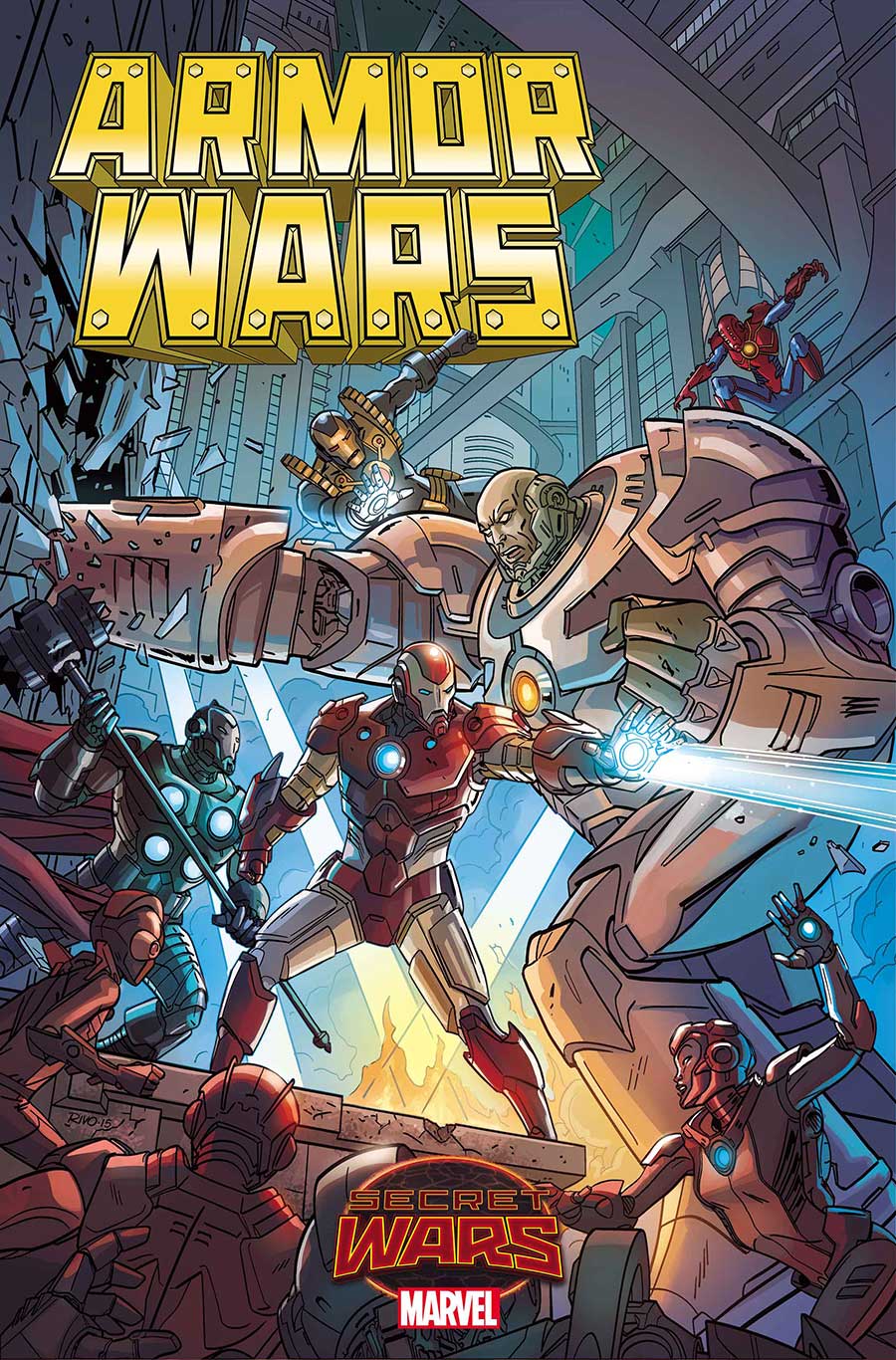 Strap In & Suit Up For the WARZONES! of ARMOR WARS #1 This June!

This June, venture to a wondrous techno-utopia, with a dark and sinister secret in ARMOR WARS #1 – a new Secret Wars series! Eisner-award winning writer James Robinson and artist Marcio Takara show you the beauty technology can bring…and the horrors it can unleash!

Welcome to Technopolis, a shining beacon for all Battleworld to see. Full of science and wonder created at the hands of rival genius brothers – Tony Stark and Arno Stark. Yet shadows fall over this armored Utopia. A unique disease forces EVERYONE to wear armor just to live and breathe!

“Plus, James is delving into the kind of emotional and hard hitting story he excels at,” continues Paniccia. “He’s doing some amazing world-building and bringing us a mystery that—as it’s peeled back—will shock readers and make their hearts sink into their stomachs.”
But when murder strikes his domain, Baron Tony Stark must race against the clock to identify the mysterious killer. But is he too late to stop more bodies from showing up? And just who is the mysterious Iron Hand? Find out as the mechanical murder mystery kicks off in ARMOR WARS #1 this June!