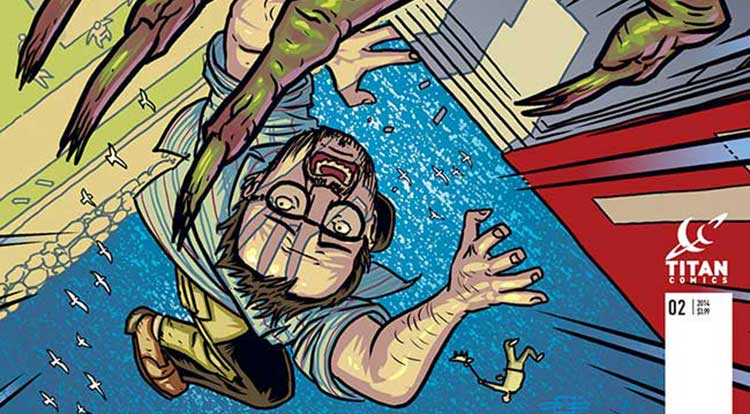 Ordinary #2 is in stores today (and in digital form), and Titan Comics sent Major Spoilers a peek at the comic, for you to check out, after the jump.

SYNOPSIS:
This morning, divorced plumber Michael Fisher woke up in his crummy one-bedroom apartment in Queens, New York, to find the world had gone crazy. Everybody on planet Earth gained superpowers… apart from him. Now all he wants to do is make it into Manhattan to make sure his estranged son, Josh, is okay. But with giants, zombies and cabbies made of living galaxies thronging the streets, does the most ordinary man alive have a hope in hell?

Meanwhile, America’s leaders try to make sense of the world-changing plague, and what it means for the future of the planet. Now that every country is a superpower, Michael may be the most important man on the planet!