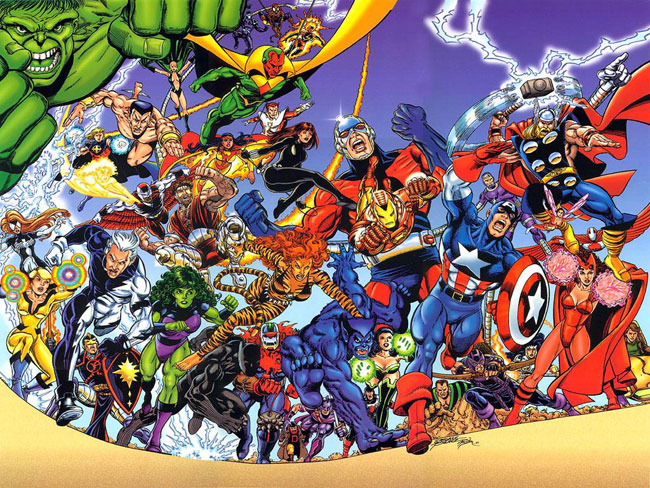 We already know the Avengers movie is scheduled from Marvel Entertainment in the coming years as he culmination of years of individual character titles.Â  The big question on every fanboys lips has been, “Will the individual movie actors appear in the team movie?”

According to Den of Geek and Incredible Hulk director Louis Leterrier, the answer is yes.

Leterrier is reported to have said that 2011 will definitely bring Jackson, Downey Jr., Hulk actor Ed Norton and two other ‘A-list actors’ – presumably whichever A-listers get cast as Thor and Captain America in their respective upcoming movies that Marvel is also producing – together for the Avengers movie.

Could those other two be Brad Pitt and Leonardo DeCaprio?Â  Those are the rumors of who would play Thor and Cap respectively.Â  Of course with nothing announced, this story will have to be filed in the Rumor Mill, but it makes perfect sense; if you are going to build a franchise of films that lead to the big enchillada, you better be able to bring the original actors back to the flick.Â  As cool as the Avengers cast sounds, I know there are those that say it will never happen because of the big names attached to the project.Â  I would respond by saying watch Ocean’s 11.