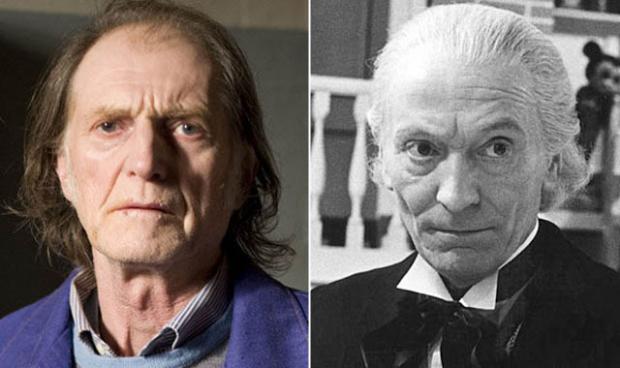 What happens when three actors who played Doctor Who have passed away, and another doesn’t want to return for the big 50th anniversary TV movie?  For William Hartnell, the first Doctor, the BBC found an actor to portray him in an upcoming docu-drama.

David Bradley will play the first Doctor in, An Adventure in Space and Time – a 90 minute drama series about the genesis of the series.  Bradley is well known to the Harry Potter fans out there, as Argus Filch, the caretaker of Hogwarts.  Brian Cox has been cast as Sydney Newman, who is credited as creating the series, Jessica Raine as Verity Lambert, producer of the first show, and Sacha Dhawan as Waris Hussein, the director of An Unearthly Child.

This is really kind of interesting, and I hope BBC America gets this movie in November, as it would be a nice feather in the year long celebration.