By Stephen Schleicher on August 4, 2008 0 Comments 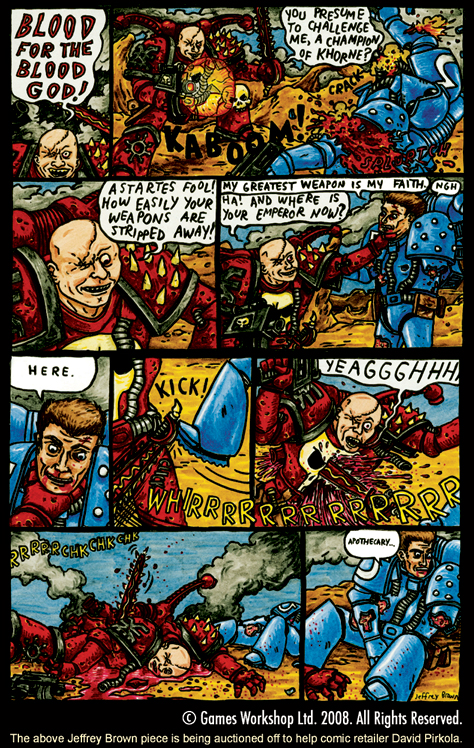 In April 2008, Michigan comic retailer David Pirkola was robbed and shot while working in his store.Â  To help in his recovery effort and bills, Jeffrey Brown, writer of Boom! Studios Warhammer 40,000 is auctioning art pages from the series.

You can find the page up on eBay.

“I became a father a year and a half ago, so it’s been a while since I’ve had the time to field my Ultramarines force or let my epic scale ork gargants rampage across the battlefield,” said Brown. “I keep up with the comics, novels, and White Dwarf magazine, but spend more time playing with buses and trucks now.Â  It was a great experience to work on this page and get back to the game that I love, and it was even better knowing I could help David by doing it.”

Boom! Studios was kind enough to donate Brown’s pages to iFanboy.com for the auction.