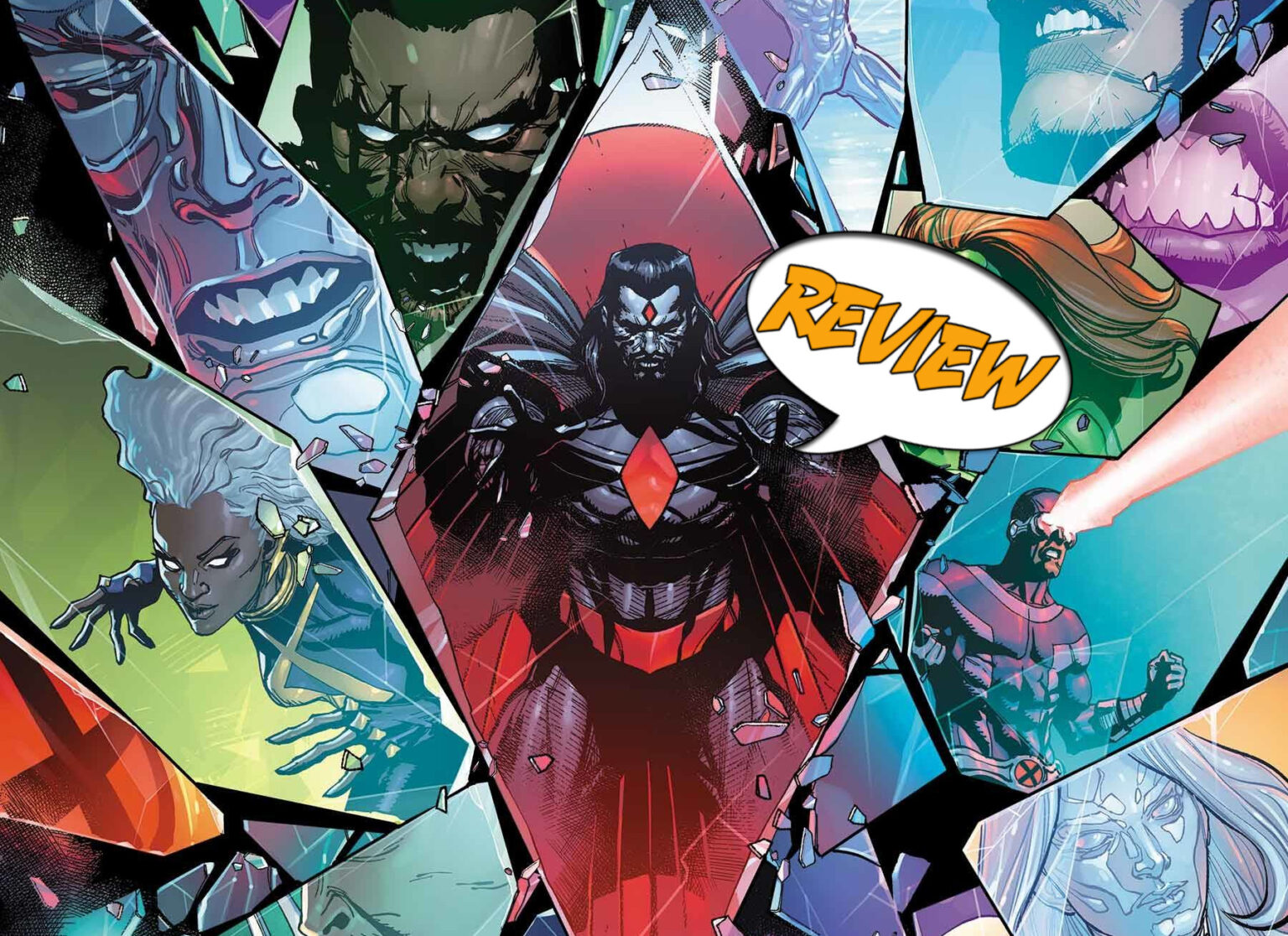 Sinister has taken over the Quiet Council of Krakoa to create the Immoral X-Men. He now sets his eyes on the rest of the world. Find out if he gets away with his plan in Sins of Sinister #1 by Marvel Comics.

Previously in Sins of Sinister: Sinister used a Moira MacTaggert mutant gift to reset reality repeatedly. Using this power, he could continuously try and attack the Quiet Council. After many tries, he finally manages to kill Charles Xavier, Hope, Exodus, and Emma Frost, and the next stage of his plan is put into motion.

Sins of Sinister #1 starts with the realization that Sinister corrupted the resurrection process. The four council members who died are under the control of Sinister. Slowly, Sinister manipulates the Council to give the gift of immortality to the world by giving people an X-Gene. Through this X-Gene, they could be resurrected but also fall under the control of Sinister. Over the next few years, the mutants of Krakoa dismantle Orchis, the Avengers, and even the living tree of Krakoa but Storm realizes something is amiss. Since she deleted her resurrection protocols, she wasn’t subjected to Sinister’s manipulation. Retreating to Arakko, she prepared for war, which she ultimately lost but is still at large. Sinister continues his science experiments and creates mutant chimeras to increase his army. However, the Council is worried about alien forces trying to take them out, especially with Storm at large. Sinister decides to redo the timeline and heads to his lab to use Moira’s mutant gene, only to find his lab missing!

The Sinister storyline has slowly been set up over the last couple of months, reintroducing mutant villains into mutant storylines. Sins of Sinister #1 shows that plan in action by portraying a decade’s worth of events as Sinister is seemingly victorious. But the entire book felt like a massive montage, and besides Storm, no one really stood up to Sinister. This lack of antagonist provided an imbalance of events for me. I loved the ideas that are being written here. Still, it feels like a 46-page exposition comic for future issues rather than sitting as a standalone. Yet, despite not having the natural conflict you expect, I found myself engaged and wanting to know more. As a writer who studies the storytelling techniques of comics, I find myself perplexed and intrigued by the creative decisions, even if I am unsure of the effectiveness and audience impact.

The art is also excellent, but it seems like there were a lot of characters and even some weird chimera/clone character designs. Because of that, many artists are in this book, and the art doesn’t remain consistent. I don’t think that really matters because the change in art style happens as time passes, but it is noticeable. But seeing demons and mutant hybrids is an engaging process!

BOTTOM LINE: A TON OF IDEAS

I am not sure where Sins of Sinister #1 fits in the continuity of the X-Men mythos, but there are some excellent ideas here. Kieron Gillen has continuously proved his writing ability and can masterfully handle complex and large plots. But this is an intro to future comics. With that in mind, Sins of Sinister is a 3.5 out of 5 stars.

Sins of SInister #1 provides an excellent backdrop as Sinister returns to his villain role.