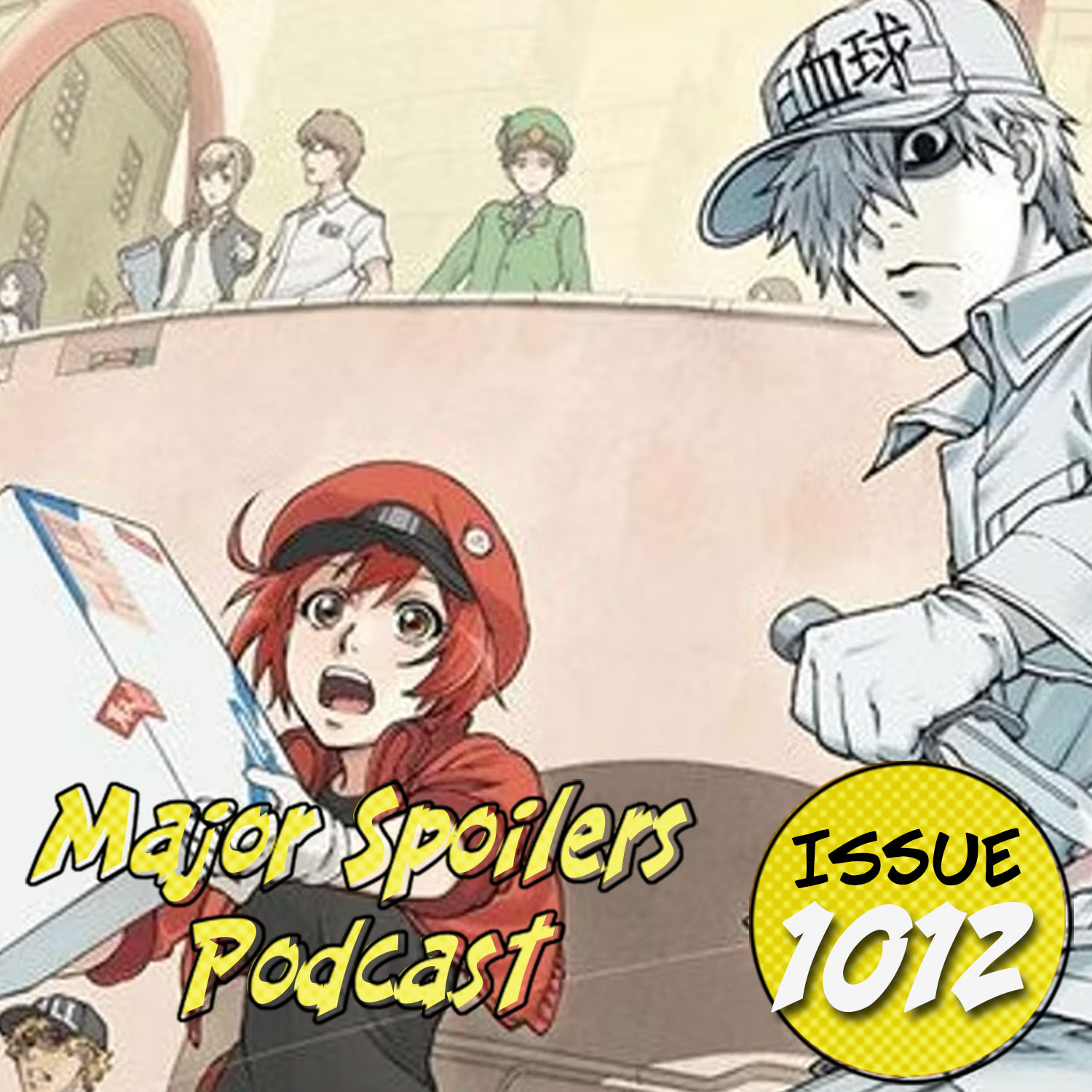 What is really going on inside your body? This week, we find out as we take a look at Cells at Work! We talk Cobra Kai, Chronicles of Amber, and The Expanse: Dragon Tooth! Plus we review Lovecraft: Unknown Kadath #5 from ABLAZE Publishing, Mighty Morphin Power Rangers #104 from BOOM! Studios, and check out the new Fire Emblem Engage game!

Stephen Colbert is joining the team that is adapting Roger Zelazny’s “The Chronicles of Amber” for television. Colbert will now executive produce the potential series under his Spartina production banner. Spartina joins Skybound Entertainment and Vincent Newman Entertainment (VNE) on the series version of the beloved fantasy novels, with Skyboudn first announcing their intention to develop the series back in 2016.

STEPHEN
LOVECRAFT: UNKNOWN KADATH #5
Writer: Florentino Florez, H.P. Lovecraft
Artist: Guillermo Sanna, Jacques Salomon
Publisher: ABLAZE Publishing
Cover Price: $3.99
Release Date: January 24, 2023
An adaptation of H.P. Lovecraft’s The Dream-Quest of Unknown Kadath
unlike anything you’ve read before. For the first time since his journey began, Randolph Carter finds safety. But the comforts and luxuries offered to him are not enough to quiet the calls of the place he has seen in his dreams. Will he throw it all away to continue on a journey that may more than likely lead to his end?

You can purchase this issue via our Amazon affiliate link - https://amzn.to/3XHvv2Y

Readers and longtime fans know Rita Repulsa as the Rangers' first and most infamous adversary, but there's more to her mysterious past! Rita - now known as Mistress Vile - maintains Matt's imprisonment and reveals new revelations about her history. She now seeks a prize for Dark Specter-one that he won't be able to resist.

You can purchase this issue via our Amazon affiliate link - https://amzn.to/3kIcqzL

RODRIGO
FIRE EMBLEM ENGAGE
Developer: Intelligent Systems
Publisher: Nintendo
Price: $59.99
Release Date: January 20, 2023
"In a war against the Fell Dragon, four kingdoms worked together with heroes from other worlds to seal away this great evil. One thousand years later, this seal has weakened and the Fell Dragon is about to reawaken. As a Divine Dragon, use rich strategies and robust customization to meet your destiny – to collect Emblem Rings scattered across the world and bring peace back to the Continent of Elyos. Summon and fight alongside legendary heroes from past Fire Emblem games, like Marth and Celica, and add their power to yours in this new story. The turn-based, tactical battle system the Fire Emblem series is known for returns with a fresh cast of characters you can customize and Engage with to carefully craft your strategy."

You can purchase this game via our Amazon affiliate link - https://amzn.to/3XR6S48

CELLS AT WORK
Writer/Artist: Akane Shimizu
Publisher: Kodansha
Release Date: November 2016
A BLOOD-PUMPING JOB
Strep throat! Hay fever! Influenza! The world is a dangerous place for a red blood cell just trying to get her deliveries finished. Fortunately, she's not alone... she's got a whole human body's worth of cells ready to help out! The mysterious white blood cell, the buff and brash killer T cell, the nerdy neuron, even the cute little platelets -- everyone's got to come together if they want to keep you healthy
CLOSE
Contact us at podcast@majorspoilers.com