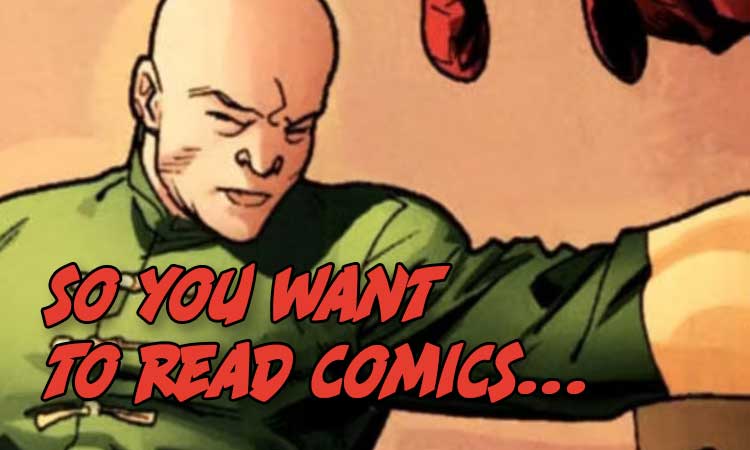 So You Want To Read Comics: Year of the Rabbit Edition

Gong xi fa cai! This is “So You Want To Read Comics”, our weekly feature where we take a look at a single topic or genre then give you two comic book recommendations, perfect for new readers, based on that topic or genre.  This year we’re taking a look at comics featuring characters born in The Year of The Rabbit.

According to the Chinese Zodiac, on January 22nd, 2023, we entered The Year of The Rabbit.  The Chinese Zodiac is a complex system involving years, months, days, and hours, as well as elements like metal and fire,  but most of its popular culture representation is limited to the animals associated with the years.  There are many claims about the nature of people born in The Year of The Rabbit, some of which include: Being gentle, approachable, noble, and elegant and some say that the Rabbit represents longevity, discretion, and good luck.

In 2020, Marvel put out a version of the Chinese Zodiac where they replaced the animals with different characters, based on their first appearance (found here).  So using this method, let’s take a look at some graphic novels featuring characters born in The Year of The Rabbit.

Making his first appearance in 1963,  Wong has been an integral part of everything tied to Doctor Strange since. Wong carries himself with a sense of nobility that defies his roles through the years as a sidekick, valet, and servant.  He’s also gone on to become somewhat of a fan favorite in the Marvel Cinematic Universe.  Even though he is often seen more as a sidekick, that doesn’t mean that he hasn’t had his fair share of great moments.  In the recent series Strange, Doctor Strange has been presumably killed and it falls on his old comrades, Wong included, to not only discover the truth behind Stephen’s murder, but also pick up the slack and maintain the safety of the world from mystical threats.  Keep an eye out for Issue #6 of this series to get some of the best storytelling utilizing Wong (at least in the comics, he was great in the She-Hulk series).

BIRDS OF PREY: MURDER AND MYSTERY

People born in The Year of The Rabbit are supposed to be some of the most gentle according to some astrologers.  Lady Shiva once killed her own daughter in a hand-to-hand fight and only resurrected her because she was convinced that her daughter didn’t try her best.  First appearing in 1975, Sandra Wu-San aka Lady Shiva is considered to be the best hand-to-hand fighter in the DC Universe, having beaten just about everyone, yes, even Batman.  She’s shrouded in mystery but is often depicted as having a sense of honor, but as she defines it. Whenever she pops up in a story, you know you’re in for some great martial arts action, especially in her appearance in this volume of Birds of Prey.  In this volume, Black Canary goes to China to see her old master, and along the way uncovers an assassination plot that forces her and Lady Shiva to form a shaky alliance.

What did you think of these recommendations?  Do you have any of your own?  Let us know in the comments section below.