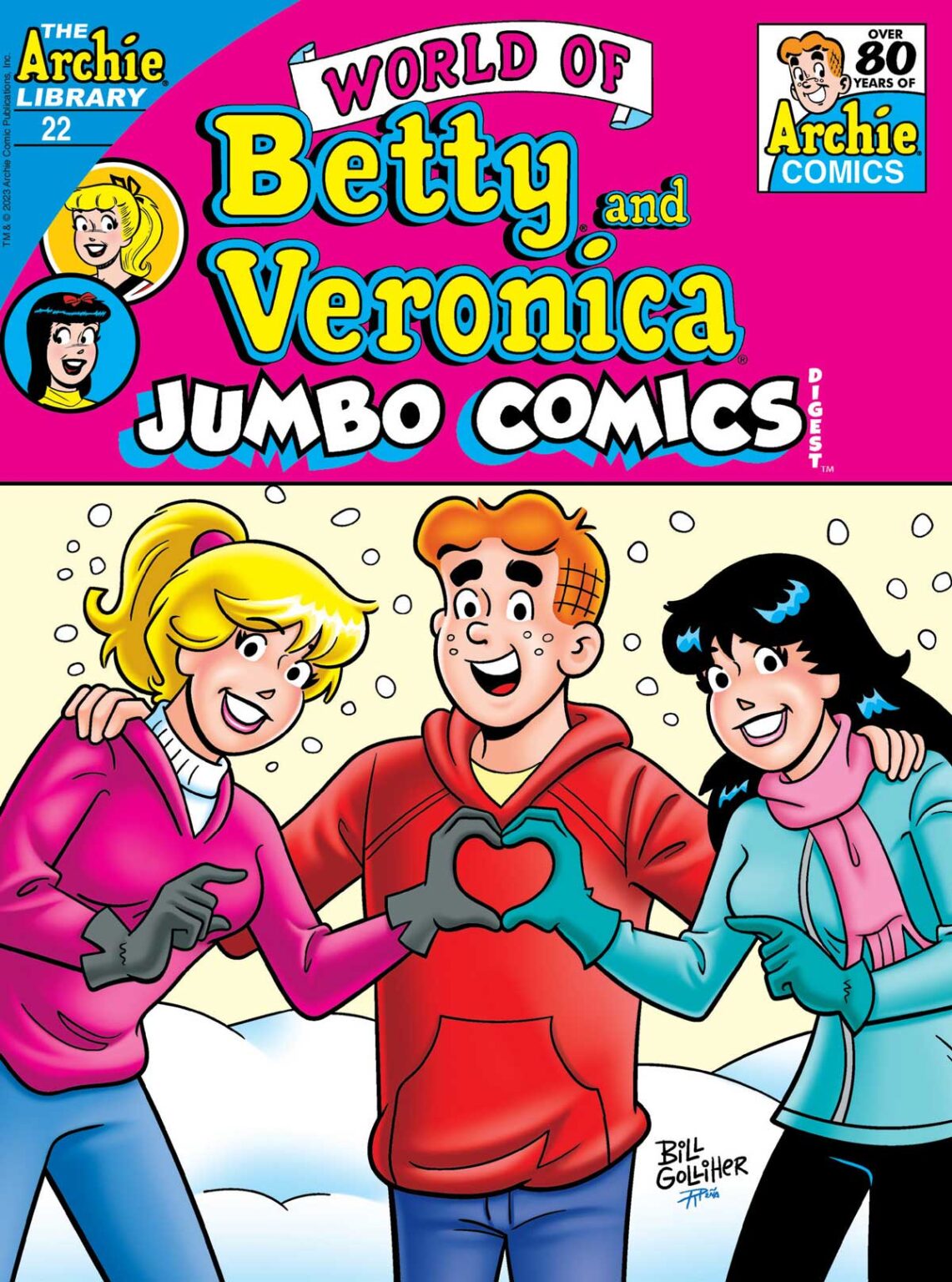 There are THREE brand new stories to be found in this week’s World of Betty and Veronica Jumbo Comics Digest #22 from Archie Comics.

WORLD OF BETTY & VERONICA JUMBO COMICS DIGEST #22
Script: Dan Parent, Ian Flynn, Tom DeFalco
Art: Dan Parent, James Fry, Pat and Tim Kennedy
Inks: Bob Smith, Jim Amash
Colors: Glenn Whitmore
Letters: Jack Morelli
Cover: Bill Golliher, Rosario “Tito” Peña
On Sale Date: 1/25
192-page, full color comic, $9.99 U.S.
THREE BRAND NEW STORIES! First, in “Be Your Valentine!” Veronica keeps getting valentines dropped into her locker from a secret admirer. They seem very romantic, and she’s intrigued. Then when she hides out to sneak a look at her admirer, she notices it’s someone she’d never expect! Who is it, and what does he really want?
Then, in “The Ultimate Test,” superhero Mr. Justice touches down in Pembrooke. And he’s tasked with something of supreme importance: being Cheryl Blossom’s life coach! But will the job of making sure Cheryl Blossom treats others with kindness be the toughest mission Mr. Justice has ever been on?

Finally, Betty and Veronica stumble upon a super-battle between Steel Sterling and the Blue Bison, a hulking brute who possesses even greater strength than Steel. Noting that Archie is a big fan of Steel, the girls compete with each other to get an autograph during the super-battle, causing even more visual chaos. Will they get in Steel’s way of victory?