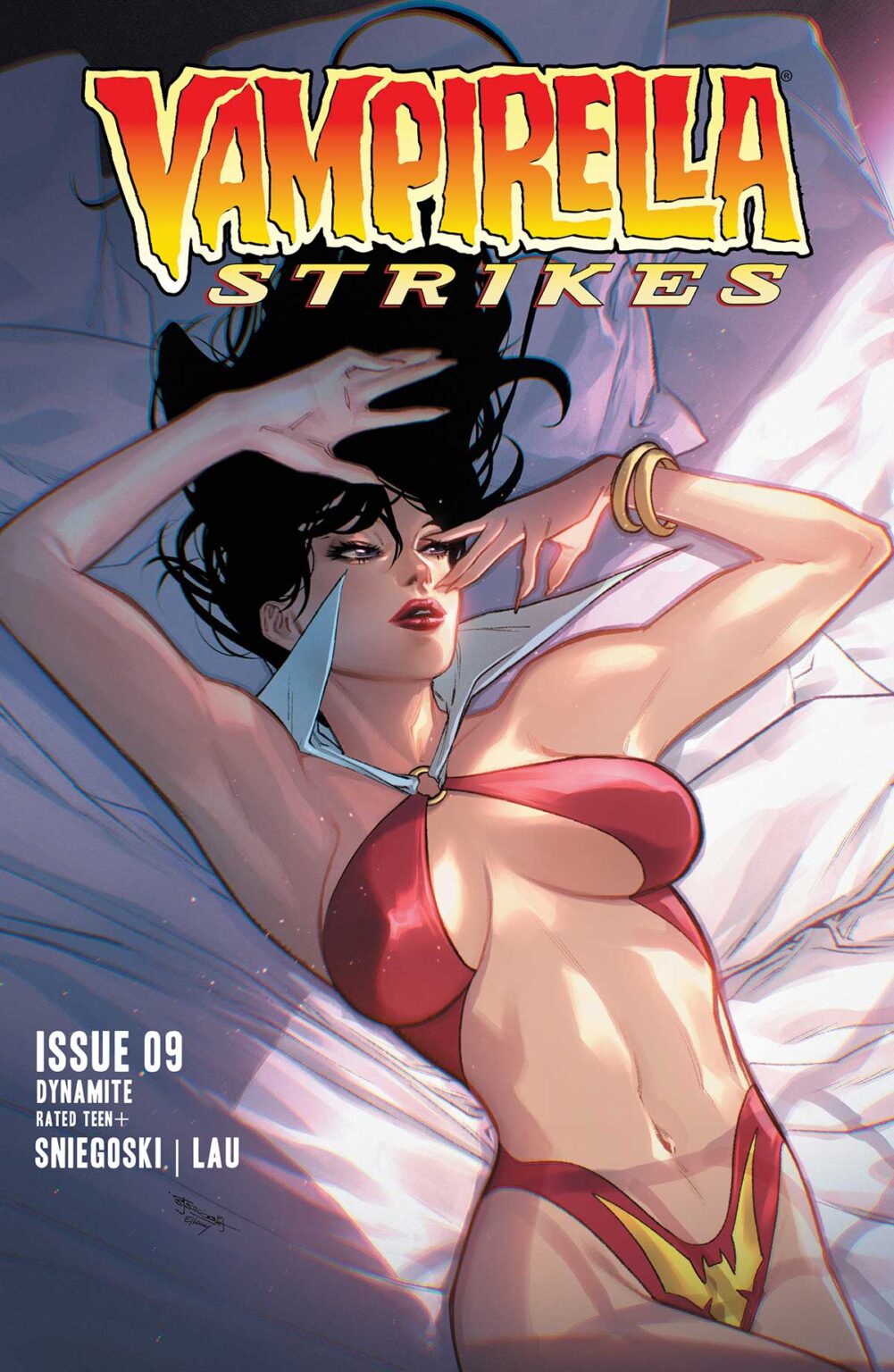 The battle you’ve been waiting for happens in this week’s Vampirella Strikes #9 from Dynamite Entertainment.

VAMPIRELLA STRIKES #9
Writer: Tom Sniegoski
Artist: Jonathan Lau
Covers: Lucio Parrillo (A), Stephen Segovia (B), Junggeun Yoon (C), Jonathan Lau (D), Cosplay / Ireland Reid (E)
32 pages | Horror | $3.99 | Teen+
THE BATTLE YOU’VE BEEN WAITING FOR IS HERE!
VAMPIRELLA BATTLES THE BLOODY RED QUEEN OF HEARTS!
Having fulfilled her role of in Vengeance, Vampirella is now posed to Strike in an all-new series arising from the post-apocalyptic ashes of Dynamite’s Vengeance of Vampirella series! It has been fifteen years since the death of Mistress Nyx and the world in slowly recovering, but this isn’t a world that we’ve ever seen before. This is a world where the natural, and the supernatural have merged to create a dangerous new place – a world very much in need of Vampirella. This is the one you’ve been waiting for! In the midst of a raging blizzard, Vampirella does battle with the deadly Blood Red Queen of Hearts and everything is on the line. If the Queen is victorious, and Vampirella is defeated, the Mad God of Chaos will return to the world, and nothing – not even the forces of the Danse Macabre – will be able to stop his reign of terror from beginning.