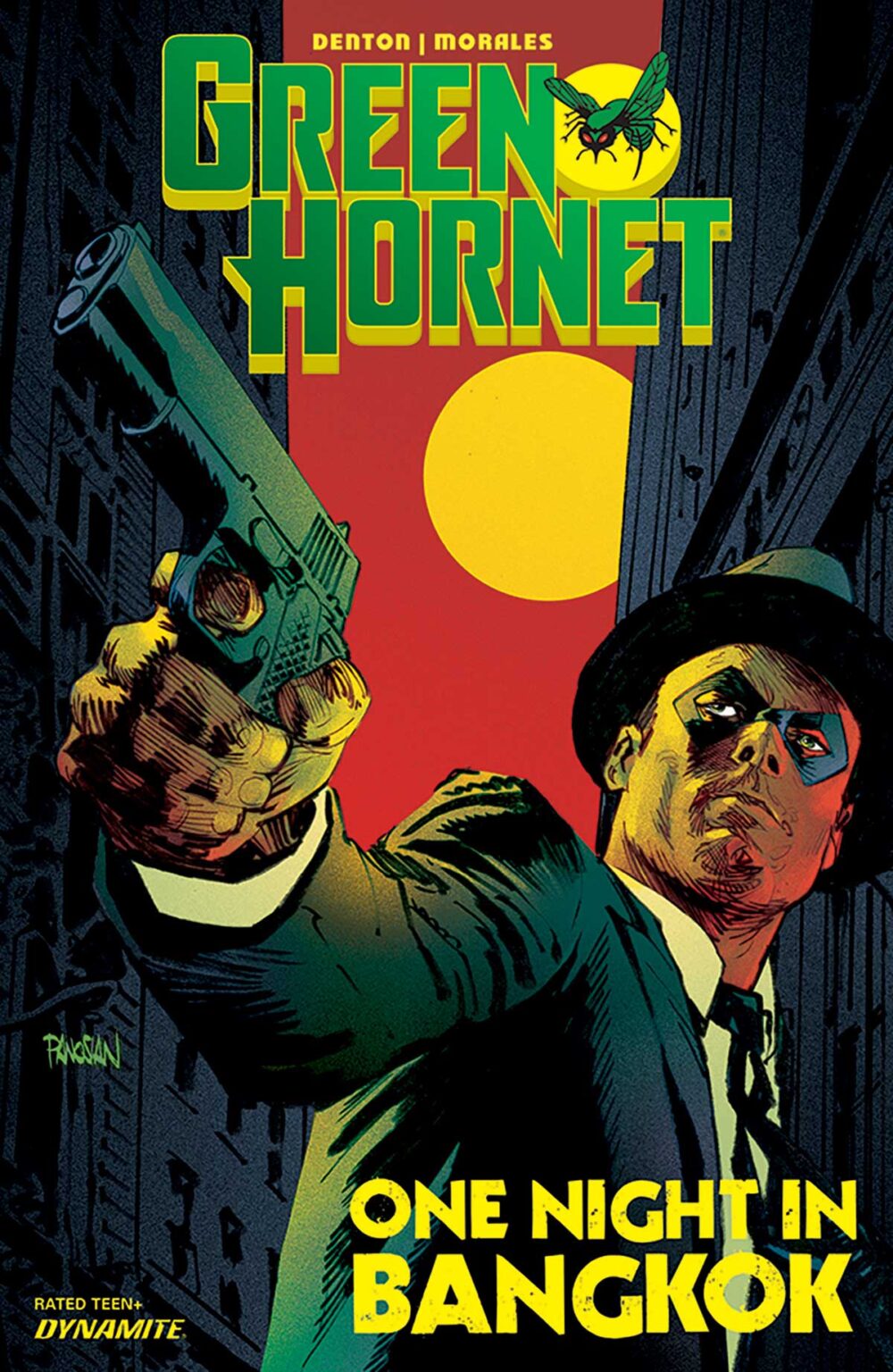 Dynamite Entertainment releases Green Hornet: One Night in Bangkok this week. It is a new one-shot by Shannon Denton and Jethro Morales.

GREEN HORNET: ONE NIGHT IN BANGKOK ONE SHOT
Writer: Shannon Denton
Artist: Jethro Morales
Covers: Dan Panosian (A), Dave Johnson (B), Matt Wagner (C)
40 pages | Action Adventure | $4.99 | Teen+
The Green Hornet returns in the all-new epic “One Night in Bangkok”! The son of a criminal the Green Hornet once sent to prison has grown up vowing vengeance on the costumed crime-fighter – and with the training of the world’s foremost assassin, the man now known only as Snake will at last have his revenge! Descending on Century City, Snake sets out on a bloody campaign to decimate the criminal population – all in the name of the Green Hornet. It’s up to the Green Hornet to leap into action, salvage his reputation, and confront Snake before more lives are lost. Television, comics, and videogame writer Shannon Denton teams up with artist Jethro Morales (Sheena, Queen of the Jungle) for this fast-paced epic that brings back one of the greatest action heroes of all time – the Green Hornet!