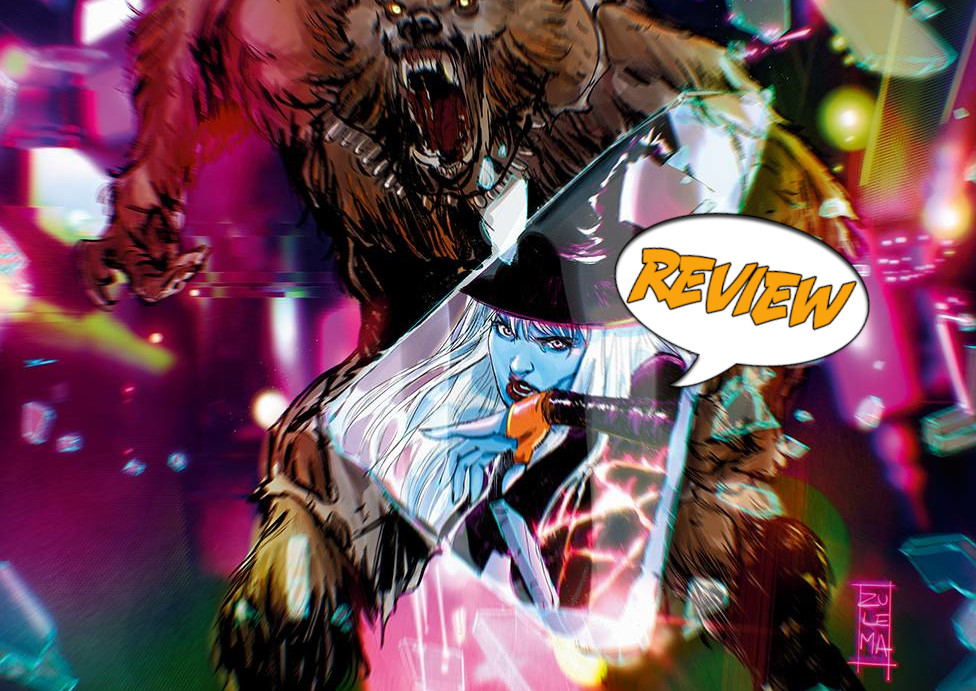 The Which-Where has the soul of Jessie Marks within her and is forced to be a monster hunter. Find out if this human/android hybrid can control the fire within her in Hexware #2 by Image Comics!

Previously in Hexware: Jessie Marks died in a bombing. The family robot decided to study old magical books to bring her back. The robot, however, had a sense of jealousy which caused the soul to enter the robot. Now the soul of Jessie is within the Which-Where, and she must pay the cost of her soul by hunting vampires, werewolves, and demons while being hunted herself.

BACK WITH THE FAMILY

Hexware #2 starts with Jessie finishing a hunt and meeting Ren. Ren plays music, and the Which-Where remembers she is Jessie. Due to the deal the robot made, Jessie decides not to tell her parents of her return until she fulfills the price of her return to life. Jessie then tries to remain incognito as the Mark’s family robot until further notice. Jessie is on the prowl again that evening with Ren and finds a group of werewolves. She is afraid to use her magic fire for fear that she will lose her humanity. Luckily, she exhibits other magical abilities that trap some wolves in place and fights the main wolf in hand-to-hand combat. The wolves escape and find a vampire known as Invictus to unite the Helljumpers!

The conflict of Hexware #2 provides an exciting dilemma for Jessie Marks. The concept of fulfilling this cost before telling her parents provides a great backdrop to develop the character. I wish they had addressed this in the first issue. My main concern is the setting. I don’t have a strong beat about what the world is like. There is a techno-futurism vibe with a fair degree of supernatural elements. But I found the introduction of werewolves and vampires jarring. In hindsight, these are familiar tropes for a witch story. Still, there may be a better way to incorporate dystopian tech tropes with the supernatural.

The art in this book is exceptionally engaging because the character designs are detailed. Watching the combination of supernatural monsters, robots, and humans on the cyberpunk backdrop is fascinating. Good work here by the creative team.

BOTTOM LINE: THE SERIES IS GETTING BETTER

I was lukewarm about this series when I read the initial issue. Hexware #2 provided interesting concepts that appeal to me as the reader. This issue makes me want to pick up the rest of the series as they come out. However, I believe that this would probably read better as trade. 4 out of 5 stars for Hexware #2.

8.0 The Series is Getting Better

Hexware #2 hits its stride and finds an engaging conflict to propel the story.