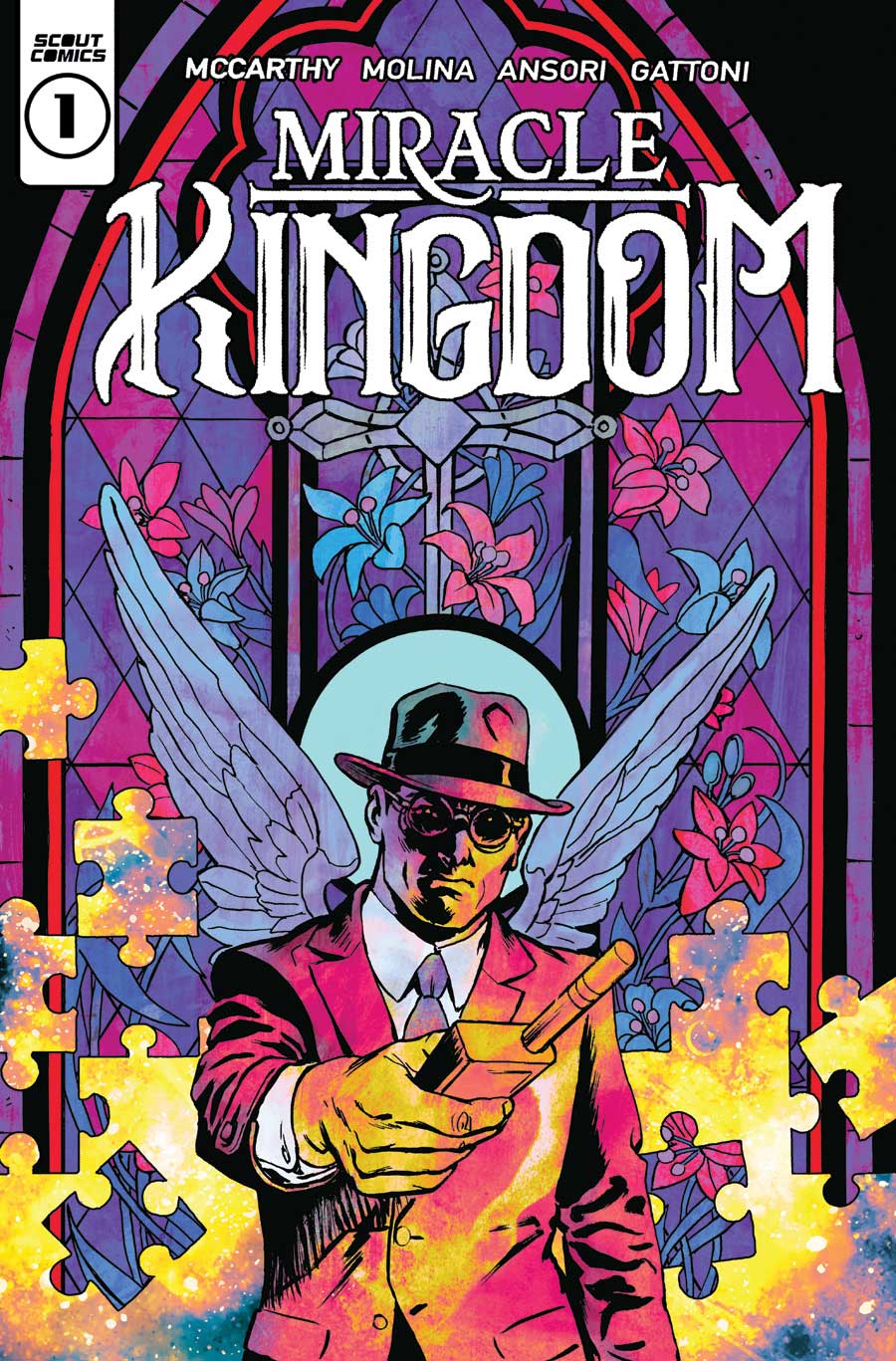 Scout Comics announced the upcoming release of Miracle Kingdom, a heavenly tale that may just send everyone to Hell.

Have you ever prayed for something stupid and meaningless, like finding a parking space or getting to work on time?  Or have you ever made a heartfelt plea for a miracle or something life changing?  What if I told you every word is not only heard, but also tallied, approved and debited by an accountant in Heaven?  Welcome to the Department of Divine Intervention, where the outcome of the universe is just another day in the office.  From the mailroom where incoming prayers are sorted, to the courtrooms where the merits of miracles are tirelessly debated – it’s all a perfectly woven system, or at least it’s supposed to be.

In the realm of televised faith healing, nothing makes a televangelist break into nervous sweat quite like a well-meaning accountant ready to audit the church books.  In fact, such a prospect could darn-near scare the red out of the devil!

Meet Lester Benny.  Outrageous on-air personality.  Impassioned pastor.  And to his flock, a savior with a divine gift to cure any disease or curb any ailment.  Assuming, of course, the applicable “charitable” donation has been generously met.

Enter Winston Donovan, a quiet, enigmatic bean counter with a flair for the vintage and little tolerance for chicanery.  When a desperate mother urges Winston to rescue her son from a cultish church, Winston accepts the case and sets off on a mission to expose Lester Benny as a two-bit charlatan.

Oh, but do take care when pulling at threads.  Some answers were hidden by design.  And meant to stay that way.