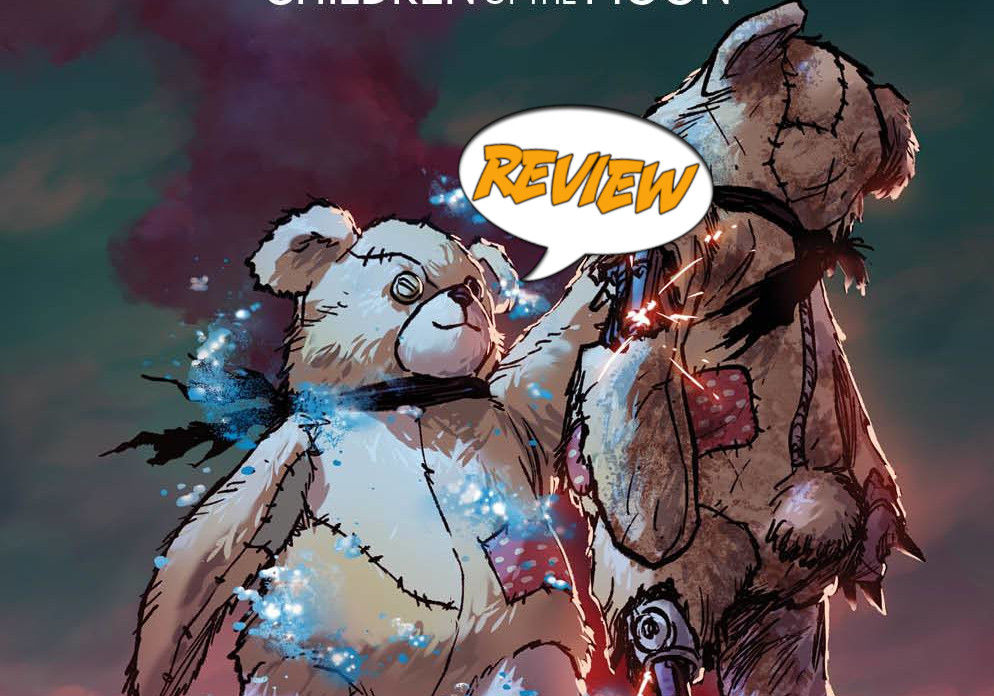 Eve: Children of the Moon #4 Review

Selene tries to kill Wexler, but he manages to survive! Find out if Wexler and Eve unintentionally start a civil war with Selene in Eve: Children of the Moon #4 by BOOM! Studios.

Previously in Eve Children of the Moon: Eve has saved the world from a deadly virus that turns kids into Sumers when they hit puberty. However, some outposts are still untrustworthy of the air they breathe. When visiting one such outpost, they found a group of kids who hated Wexler and his violent tendencies. So much so that they set fire to Eve’s ship. Now, a weird nanobot entity has turned one of the kids into a human cyborg, and Wexler is still at large.

Eve: Children of the Moon #4 starts with Wexler using a high-frequency sonic attack to short-circuit the nanobot creatures. When he accidentally hurts Eve and damages her eyes, he stops. This convinces Eve’s sister that Selene is right, and she agrees to help Selene if it means curing Eve’s eyes. As Eve goes through medical treatment, the damage to her eyes leaves a nasty scar.

Meanwhile, Eve’s sister talks to Selene and admits she underwent the change into a Sumer. When Eve cleansed the air, she turned back into a human. However, Selene isn’t that trusting and sends the kids to stab Eve’s sister. The nanobot entities then use their abilities to save her, turning Eve’s sister into a cyborg entity.

Eve: Children of the Moon #4 felt like it said that we need to change the character design of most of these characters since they are clones and look too similar. The comic has a lot of action in such a short time that they don’t have enough space for these ideas to breathe. This is interesting because the first four pages pose a philosophical concept of extinction. The creative team felt that it was appropriate to establish these ecological questions involving water life. This made the second half book pacing action-packed as we dealt with the damage to Eve and Eve’s sister. It is an interesting creative choice and probably the correct one.

The art in this issue was exceptional for the series. The image that stands out is Eve’s sister lying in a pool of red blood. I’ve never thought this book was violent, but this visual is jarring and provides an excellent seriousness for what is happening.

Eve: Children of the Moon #4