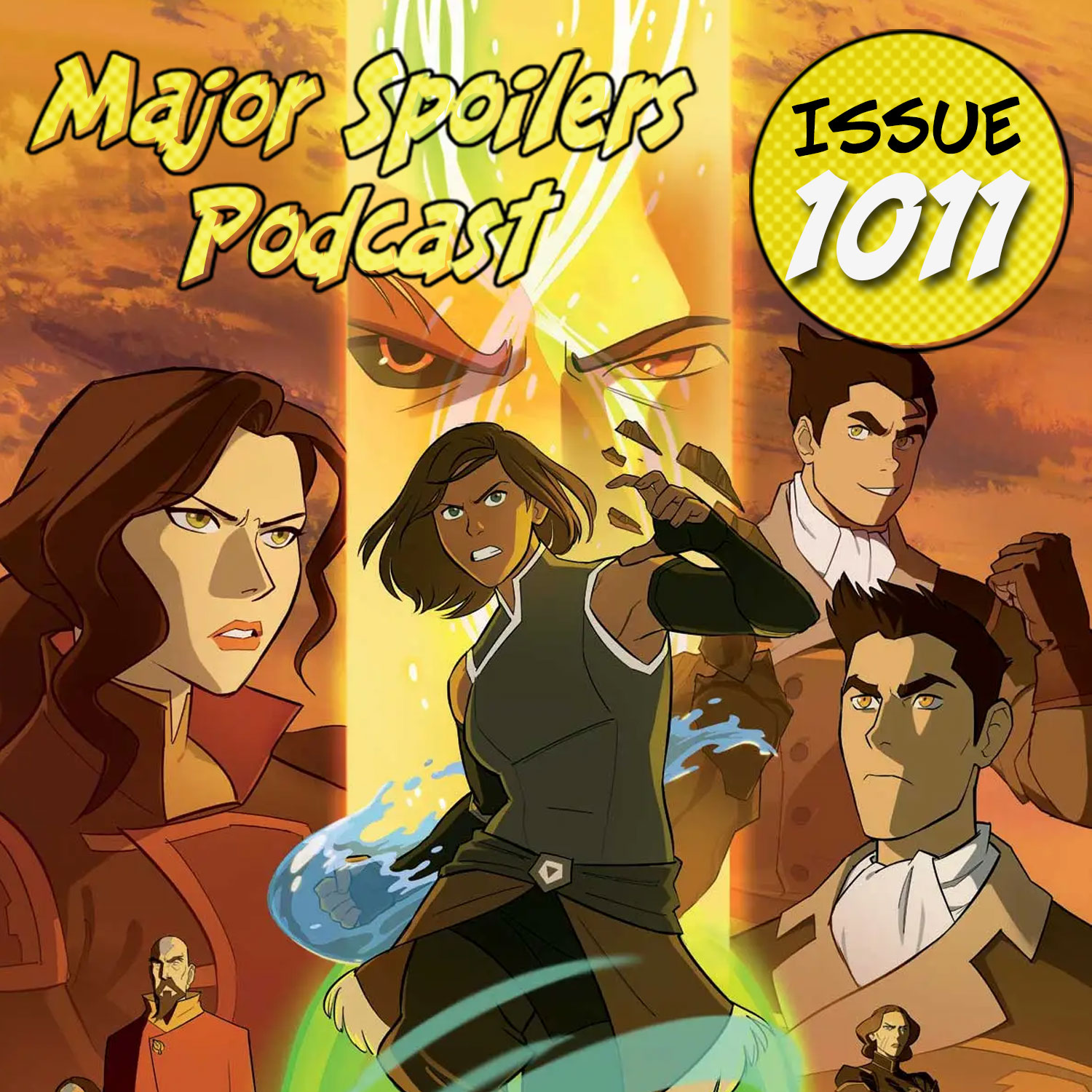 Kora and Asami sitting in a tree… tryin’ to stop a turf war! We talk the latest pop culture news, and review Batman – One Bad Day: Bane #1 and Nigtwing #100 from DC Comics, and Rodrigo shares his thoughts on The Secret History of Black Punk: Record Zero.

Matthew Medney, CEO of Heavy Metal magazine, has stepped down, Variety can exclusively confirm. He is set to be replaced by Myth founder Marshall Lees. Jamie Penrose will stay on as chief operating officer.

STEPHEN
BATMAN – ONE BAD DAY: BANE #1
Writer: JOSHUA WILLIAMSON
Artist: HOWARD PORTER
Publisher: DC COMICS
Cover Price: $7.99
Release Date: January 17, 2023
A PAST, PRESENT, AND FUTURE DESTROYED BY VENOM!
Bane broke the Bat—he’s one of the only villains to ever truly vanquish the Dark Knight—but is that all he’s ever accomplished? Decades from now, Bane is a washed-up wrestler reliving his glory days in the ring, defeating someone dressed like Batman every day. But when he discovers that there’s a new source of Venom in the world, he’ll do everything he can to shut down the facility it’s coming from for good and make sure that no one takes the poison that ruined his life. An epic saga set throughout Bane’s life, expanding on the hopes, dreams, regrets, and failures of one of DC’s most legendary villains, brought to you by the iconic creative team of Joshua Williamson (Dark Crisis on Infinite Earths, The Flash) and Howard Porter (The Flash, Justice League).

You can purchase this issue via our Amazon affiliate link - https://amzn.to/3ISjQuk

Come join us with big smiles and even bigger celebrations as Nightwing hits its milestone issue #100! Cheer how far we've come by looking through the decades at what has made Nightwing a beloved hero. What better way to celebrate than with familiar friends and artists? Then, with Heartless creating a lair in the heart of Bludhaven to take Blockbuster's throne, Nightwing will follow suit, setting up a headquarters of his own...with the help of some friends who helped make him who he is now, of course!

You can purchase this issue via our Amazon affiliate link - https://amzn.to/3IRwWI9

This book is part of an ongoing series that covers musicians like Sister Rosetta Tharpe, Poly Styrene, Don Letts, Minority Threat, and many others. From LA to London, from the early 1900s till today, Buchanan examines and presents narratives to show how Black musicians shape (and are shaped by) the world we live in.

Buchanan is an illustrator, writer, and musician born in Eerie, PA. After risking more than a decade of her life to drumming and singing in hardcore, post-punk, and power pop bands, she has returned to her first love: comics. Besides doing industry work-for-hire, she has most recently created self-published books Strange Glances and the POCtober Sketchbook. Buchanan’s creative work centers on exploring different areas of Black heritage, such as rock ‘n’ roll musical roots and general history, in social and political arenas and science fiction.

You can purchase this issue via our Amazon affiliate link - https://amzn.to/3CWufkD

After a refreshing sojourn in the Spirit World, Korra and Asami return to Republic City but find nothing but political hijinks and human vs. spirit conflict! Pompous developer Wonyong Keum plans to turn the new spirit portal into an amusement park, potentially severing an already tumultuous connection with the spirits. At the city's edge, Zhu Li enlists everyone she can to aid the thousands of hungry and homeless evacuees who have relocated there. Meanwhile, the Triple Threats' ruthless new leader, Tokuga, is determined to unite the other triads under his rule, no matter the cost.

In order to get through it all, Korra and Asami vow to look out for each other--but first, they've got to get better at being a team!
CLOSE
Contact us at podcast@majorspoilers.com