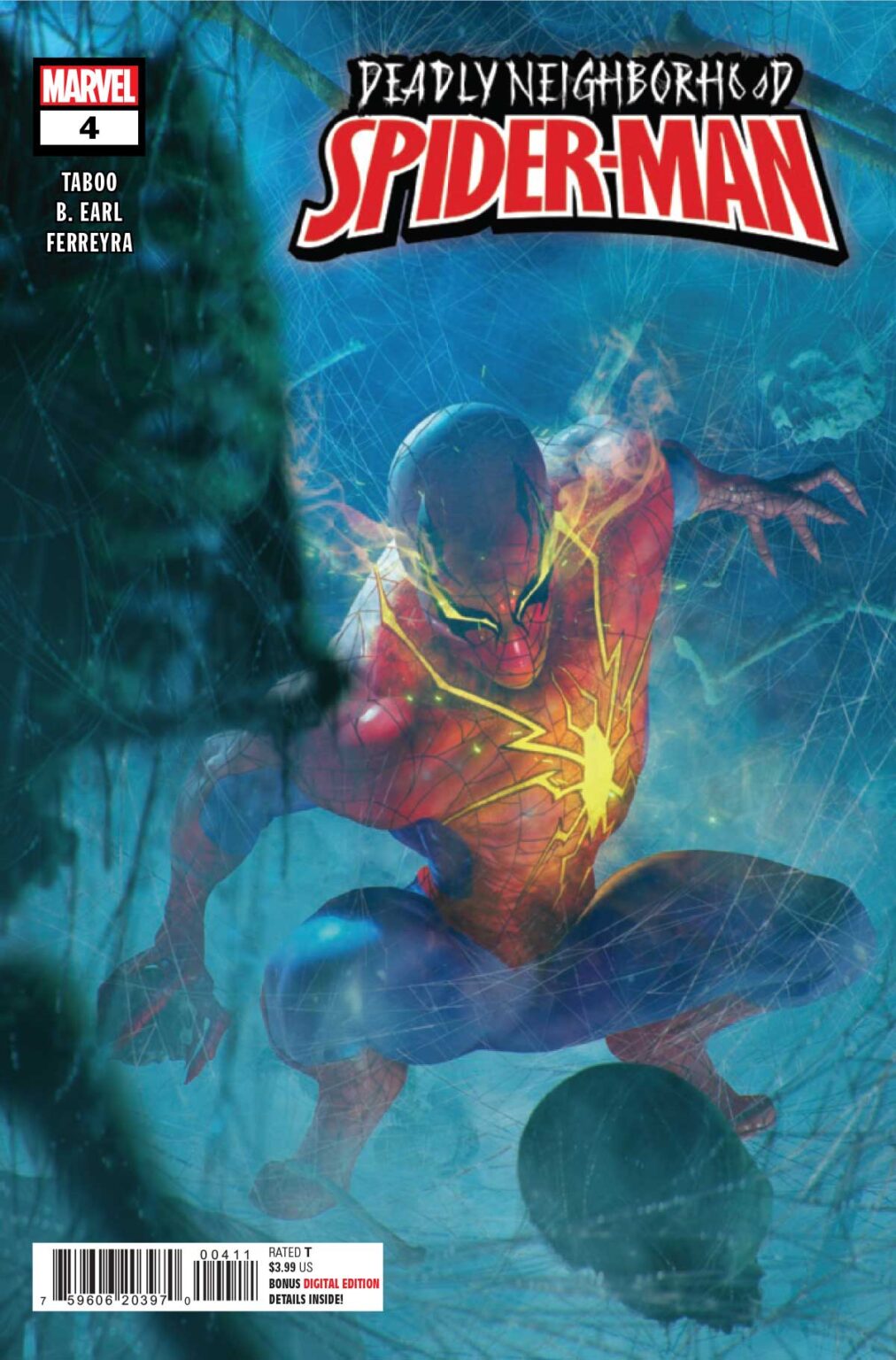 The penultimate issue of Deadly Neighborhood Spider-Man arrives at your LCS this week, and we have a sneak peek at the issue, after the jump.

DEADLY NEIGHBORHOOD SPIDER-MAN #4 (OF 5)
TABOO & B. EARL (W)
JUAN FERREYRA (A)
COVER BY RAHZZAH
SAY IT AIN’T SO, SPIDEY!
Spending some time in L.A., Spider-Man has discovered a mysterious and powerful relic that has awakened something that threatens to consume him! With his subconscious at a crossroads, will Spidey have what it takes to resist or will he be lost to a waking nightmare forever?
32 PGS./Rated T …$3.99