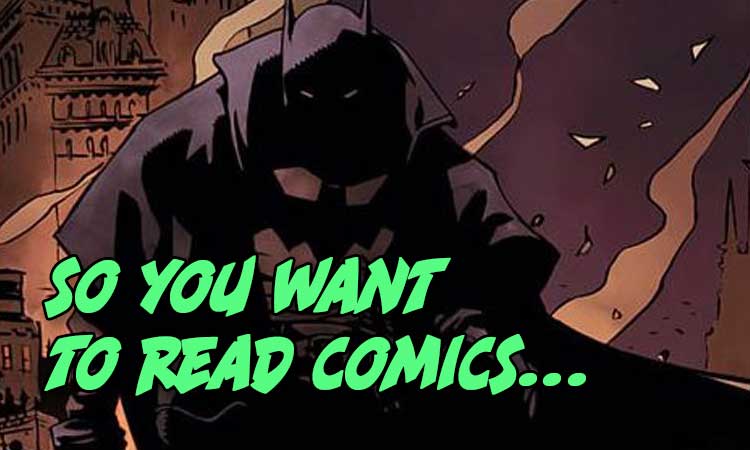 So You Want to Read Comics: The Victorian Era Edition

We’re getting prim and proper with this week’s “So You Want To Read Comics”.  This is our weekly feature where we take a look at a single topic or genre, then give you two comic book recommendations, perfect for new readers, based on that topic or genre.  This week we’re taking a look at The Victorian Era.

The Victorian Era is the term given to the time period that encompasses Queen Victoria’s reign as the Queen of England until her death, 1837 to 1901.  But, the exact time period gets a little hazy as many of the key characteristics of The Victorian Era continued on after.  It’s during this time period that England and many other nations experienced a dramatic shift away from the stark rationalism that had dominated the previous era and towards romanticism and mysticism.  While at the same time the era was marked by a strong focus towards etiquette and celebrated inhibition.  In addition this time period saw a rise in scientific and technological breakthroughs that set the world down the path of modernization at a breakneck pace, creating tension between long held ways of life and the oncoming industrial revolution which resulted in much economic turmoil as well as opportunity.  In terms of entertainment it was during this period that we see a rise in short novels written with the common man in mind as well as the birth of both the horror and science fiction genres, at least as most would recognize them today.

It’s no surprise then that with all this going on, The Victorian Era has long been utilized as a setting for many stories.  This includes comic books.

As mentioned above, etiquette and perceived morality were very important aspects of Victorian Era culture and society.  Yet, as time goes on it’s being understood more and more that a lot of this was for show and underneath, some very bad things were happening.  That’s where Green Manor comes in, a comic book that has a framing device of a society (of sorts) of polite scoundrels gathering together and telling stories.  These stories are tales of mystery, crime, murder, and other scandalous topics.  The writing is witty with a tinge of black humor and the stories are cleverly constructed to leave the reader guessing.  The art is also expertly done, featuring a wispy almost sketch-like style that evokes the impressionist art that had started to rise at the same time as the events of the comic.  The one downside to this title is that as of right now there isn’t a digital version available, but both volumes are available for purchase in paperback.

There’s just some comic books you can’t help but recommend given a certain topic.  This is one of those cases.  Considered the first and one of the best Elseworlds titles that DC ever put out, this story re-imagines Batman as a masked vigilante operating in the Victorian Era.  Here the caped crusader is pitted against the likes of Jack The Ripper as well as corrupt city officials and arsonists.  One of the major themes of Gotham by Gaslight (and its sequel which is often included in collections) is the dangers of the rapid advancement.  In the first story there are multiple times when the medical field is shown to be dangerous and unethical, while in the sequel one of the major threats comes from the way the lower class is abused in the name of greed and progress.  Beyond this, it’s just fun to see Batman action in the Victorian setting which is imagined wonderfully in this title.

What are some of your favorite stories set in The Victorian Era, what did you think of these recommendations? Let us know in the comments section below.