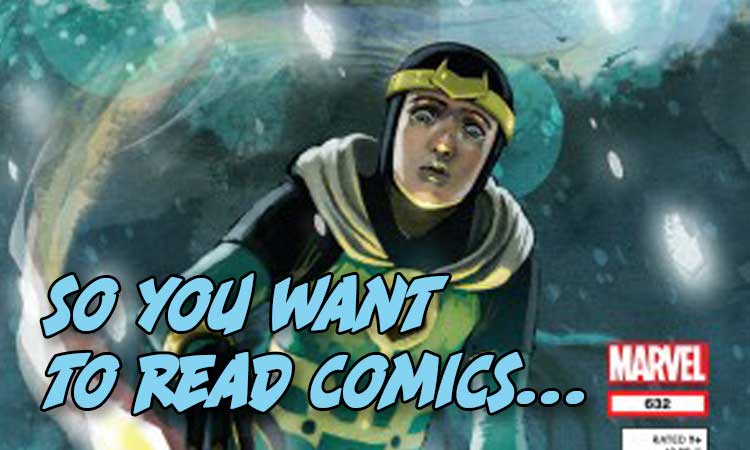 So You Want To Read Comics: Dog Owner Edition

We’re man’s best friend with this week’s “So You Want To Read Comics.”  This is our weekly feature where we take a look at a single topic or genre, then give you two comic recommendations, perfect for new readers, based on that topic or genre.  This week we’re looking at comics for dog owners.

A while ago, we looked at comics for pet owners in general.  But, if you’ve ever had pets belonging to different species, you’d know that each one is a unique experience.  So this week we’re going to narrow things down, and focus on the canine enthusiasts.  The relationship between dogs and humans goes back tens of millions of years.  While there is some dispute about where the first domestication of dogs takes place, with claims being made for China, Yemen, Jordan, and other countries, there’s no doubt that the practice was widespread.  Globally dog owners number around 471 million and in just the U.S.  over a third of all households have a dog. So it only makes sense that dogs also have a prominent place in pop culture with famous mutts appearing in T.V., movies, books, you name it, a dog has probably been featured.  Of course, that includes comics.

So here are some comic books that capture some of the joys as well as struggles of being a dog owner.

Some of the happiest moments that come from having a dog, is when you get a chance to see your precious puppy for the first time.  Chances are though that your pooch isn’t a hellfire-spewing dog from the nether realms.  Unfortunately, Loki can’t say the same thing.  In this volume, through both shenanigans, and failed attempts to fix situations, a teenaged Loki is tasked with the care of a magical hound and subsequently a litter of puppies he then has to find homes for across the Marvel Universe.  This series has everything a reader could want in a dog-centric story, there are hijinks, there are tenderness, heartache, and of course very cute puppies. It might seem odd to be suggesting the third volume in a series, but in this case, the first two volumes were very tied to bigger events going on at the time, while this one stands mostly on its own and comes with fun intros to get the reader up to speed. There’s no getting around it, humans have done some pretty terrible things to animals throughout the years.  In this series, we see what happens when animals suddenly find themselves able to think like humans, but haven’t forgotten about all the abuses they’ve endured.  While there are a lot of different animals in this series, at its heart is the dog Sandor and the girl he swore to protect even after gaining his new mental abilities.  When people list all the adjectives that could be put on a dog, loyalty is one of the most common, and in this series, we see that type of loyalty taken to the extreme.  While this series is filled with plenty of black comedy and just straight-up darkness, there’s a thread of tenderness and joy to be found here and that is mostly due to the relationship between a girl and her dog, and vice versa.  This series has been collected into 6 volumes and one spin-off volume.

Who’s your favorite dog in comics?  What did you think of these recommendations?  Let us know in the comments section below.

*AfterShock Comics in recent weeks has announced Chapter 11 bankruptcy, and is currently undergoing scrutiny among the comic creator community for non-payment to creators, printers, and others.