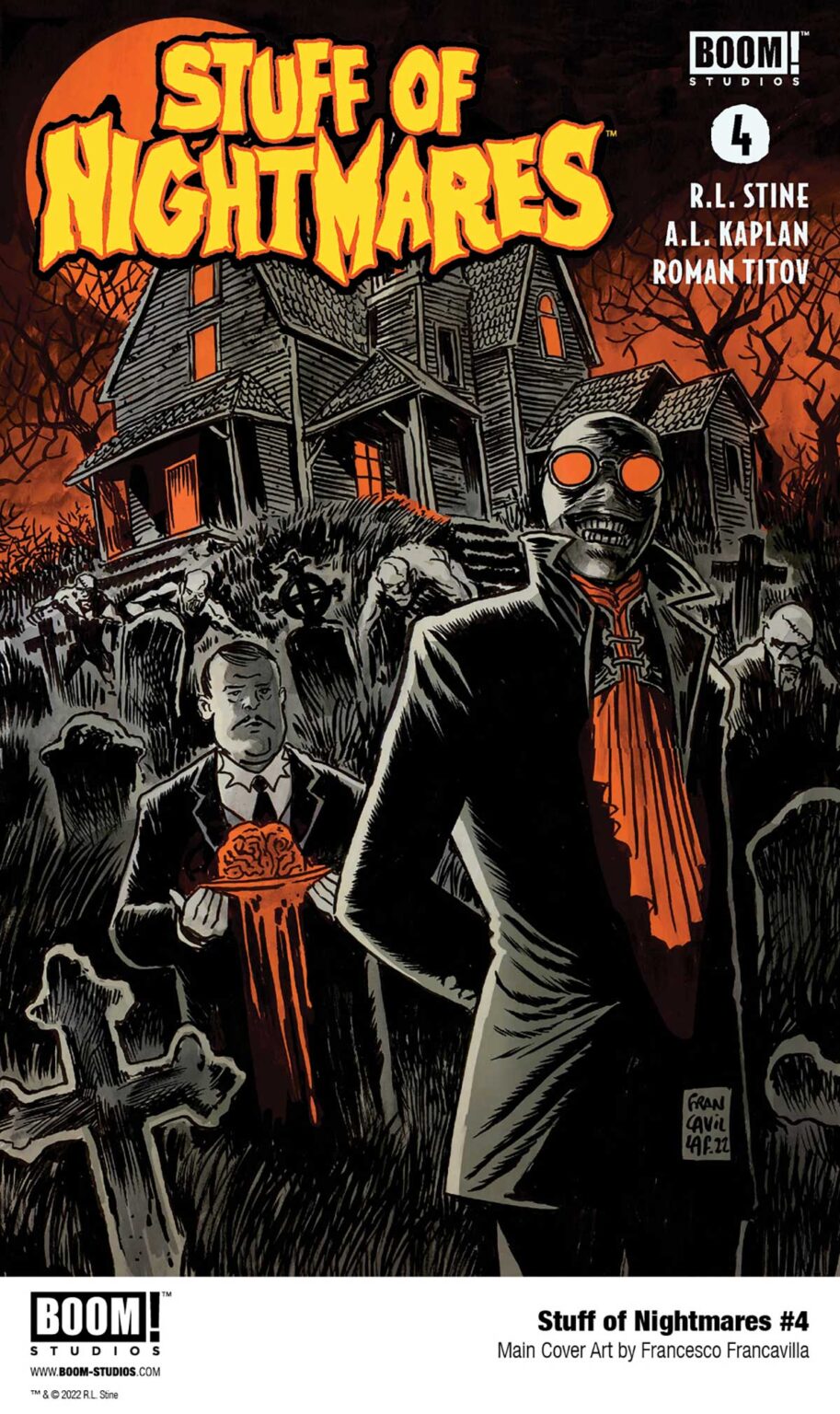 BOOM! Studios released an early look at R.L. Stine’s Stuff of Nightmares #4, the final issue of the mini-series.

It’s the horrifying finale of the Cameron Brothers’ quest to defy death! But for a team of scientists aiming to improve human life, their mortality rate is shockingly high. Perhaps it’s true what they say: three can keep a secret, but only if two of them are dead… Don’t miss the conclusion to R.L. Stine’s first original comic book series for older audiences!