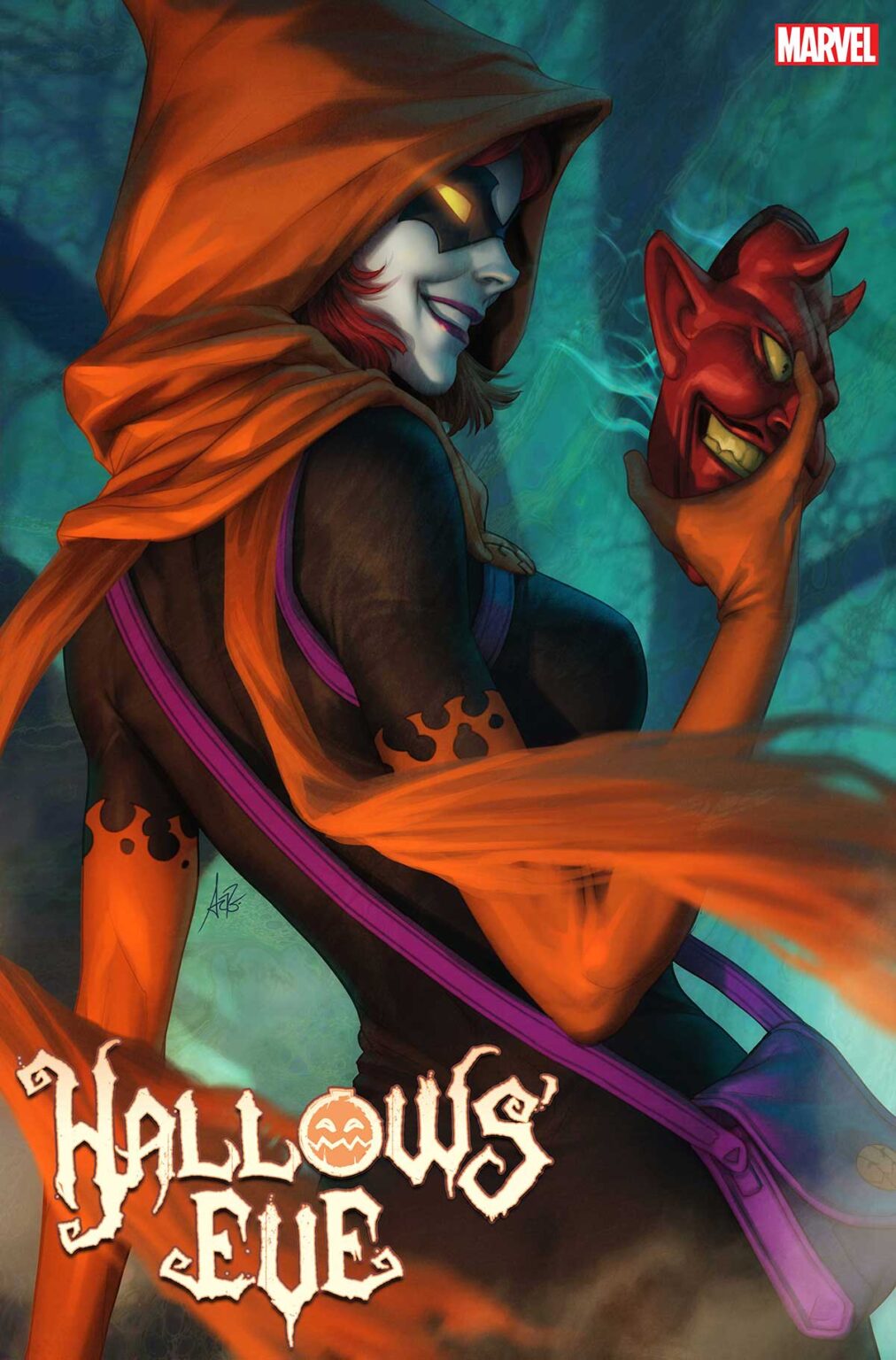 Hallows’ Eve is the new identity of Janine Godbe, the loyal longtime girlfriend of Ben Reilly. Janine Godbe’s world has been blown up several times in her life, but after the events of DARK WEB, she’s in control of her future for the first time in years. With a bag of super-powered masks and a chip on her shoulder, Janine’s crime spree as Hallows’ Eve puts her on the run from the police, but there’s someone else after her too… someone seeking to take her newfound power for themselves!