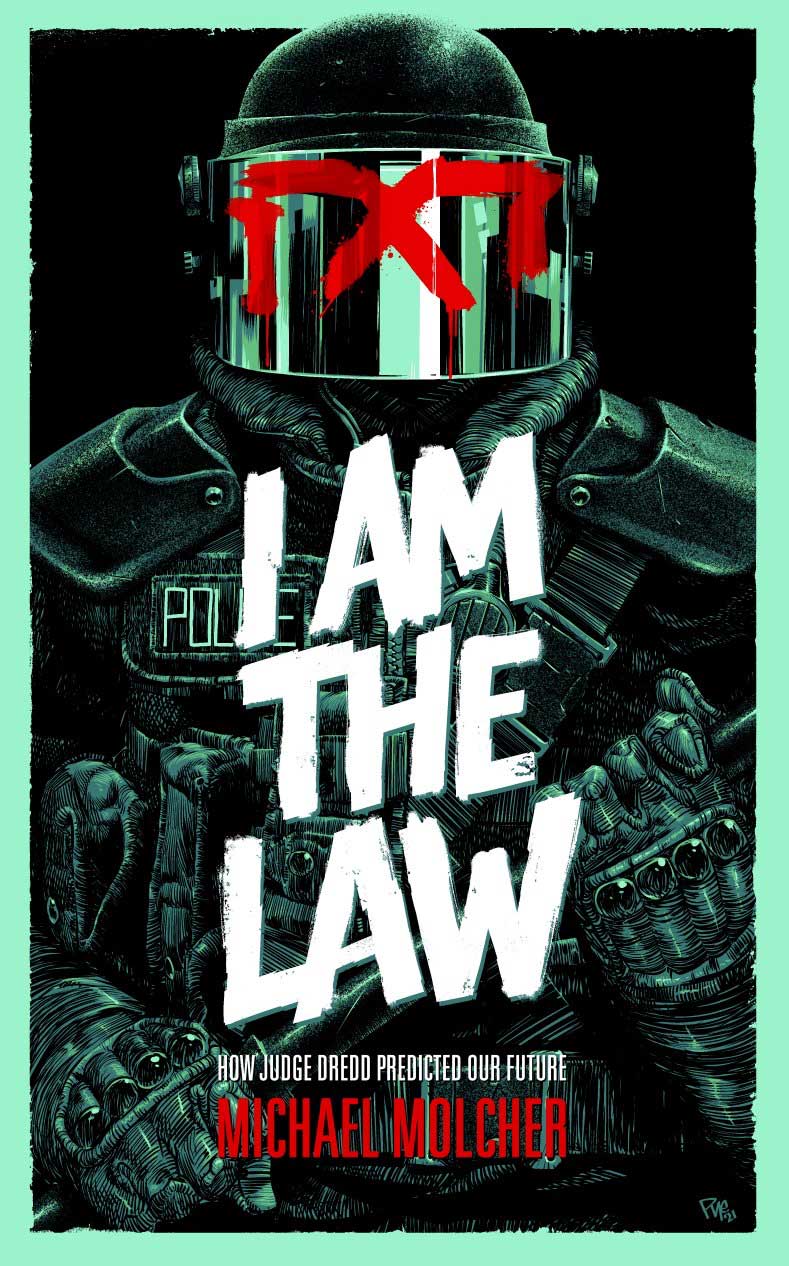 Judge, jury, and executioner, Judge Dredd is the brutal comic book cop policing the chaotic future urban jungle of Mega-City One, created by John Wagner and Carlos Ezquerra and launching in the pages of 2000 AD in 1977. But what began as a sci-fi action comic quickly evolved into a searing satire on hardline, militarised policing and ‘law and order’ politics, its endless inventiveness and ironic humour acting as a prophetic warning about our world today – and with important lessons for our future.

Blending comic book history with contemporary radical theories on policing, I Am The Law by writer and comics critic Michael Molcher takes key Dredd stories from the last 45 years and demonstrates how they provide a unique wake up call about our gradual, and not so gradual, slide towards authoritarian policing.

From the politicisation of policing to ‘zero tolerance’, from violent suppression of protest to the rise of the surveillance state, I Am The Law examines how a comic book warned us about the chilling endgame of today’s ‘law and order’ politics.

With a stunning cover by artist Pye Parr, the paperback of I Am The Law: How Judge Dredd Predicted Our Future is out on 23 February 2023 from all good book and comic book sellers, as well as digitally on Kindle and from the 2000 AD webshop and app!