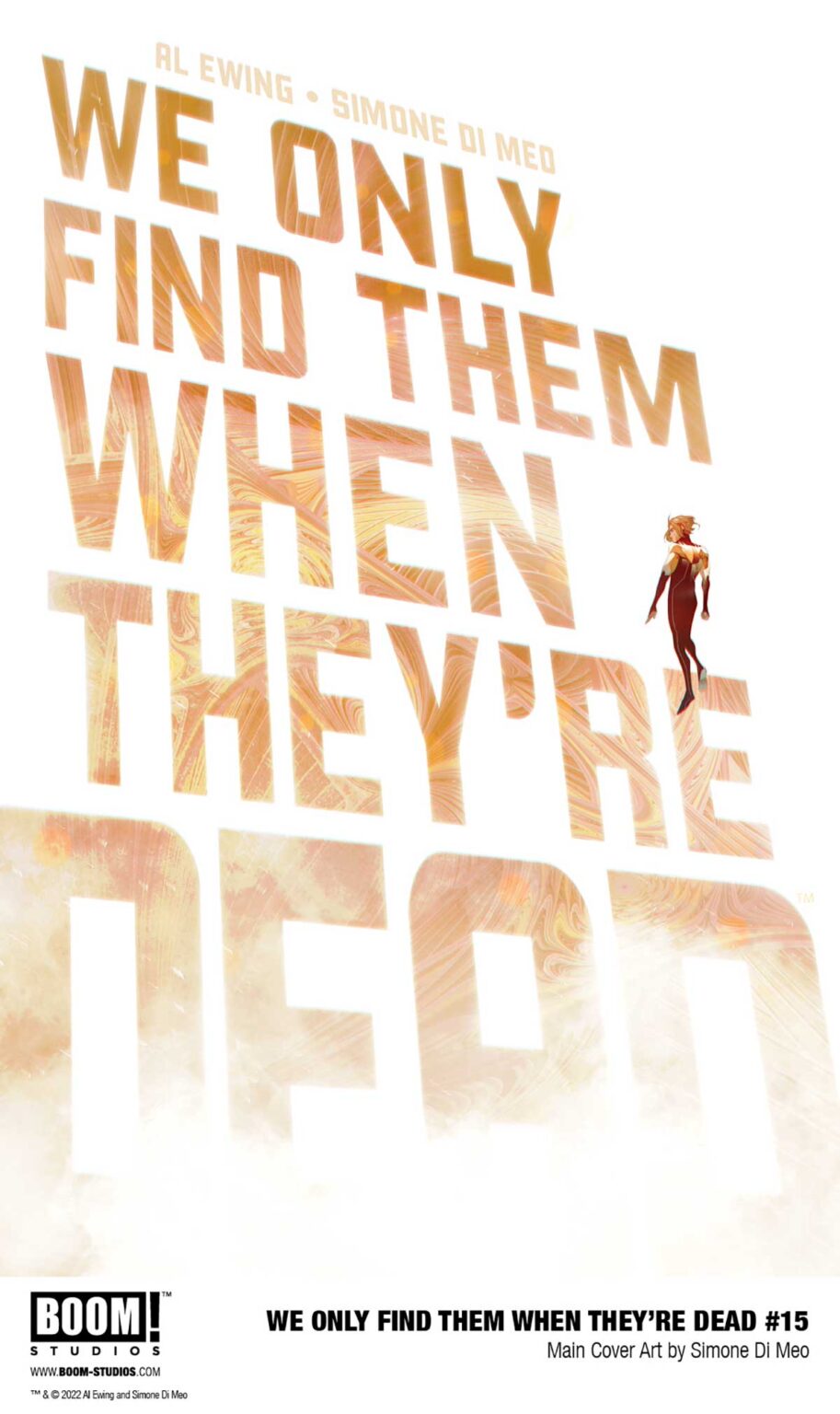 BOOM! Studios sent us a sneak peek of We Only Find Them When They’re Dead #15, the final issue in the series from Al Ewing and Simone Di Meo.

Time. Time is something different to the gods, something that both exists to them–and doesn’t. In the thrilling sci-fi finale, new revelations arise about the harvesting of god-crystal, and its connection to the fabric of the temporal universe. Discover the final mysteries of this mind-bending series, and the ultimate cosmic choices that will question the very nature of free will itself!