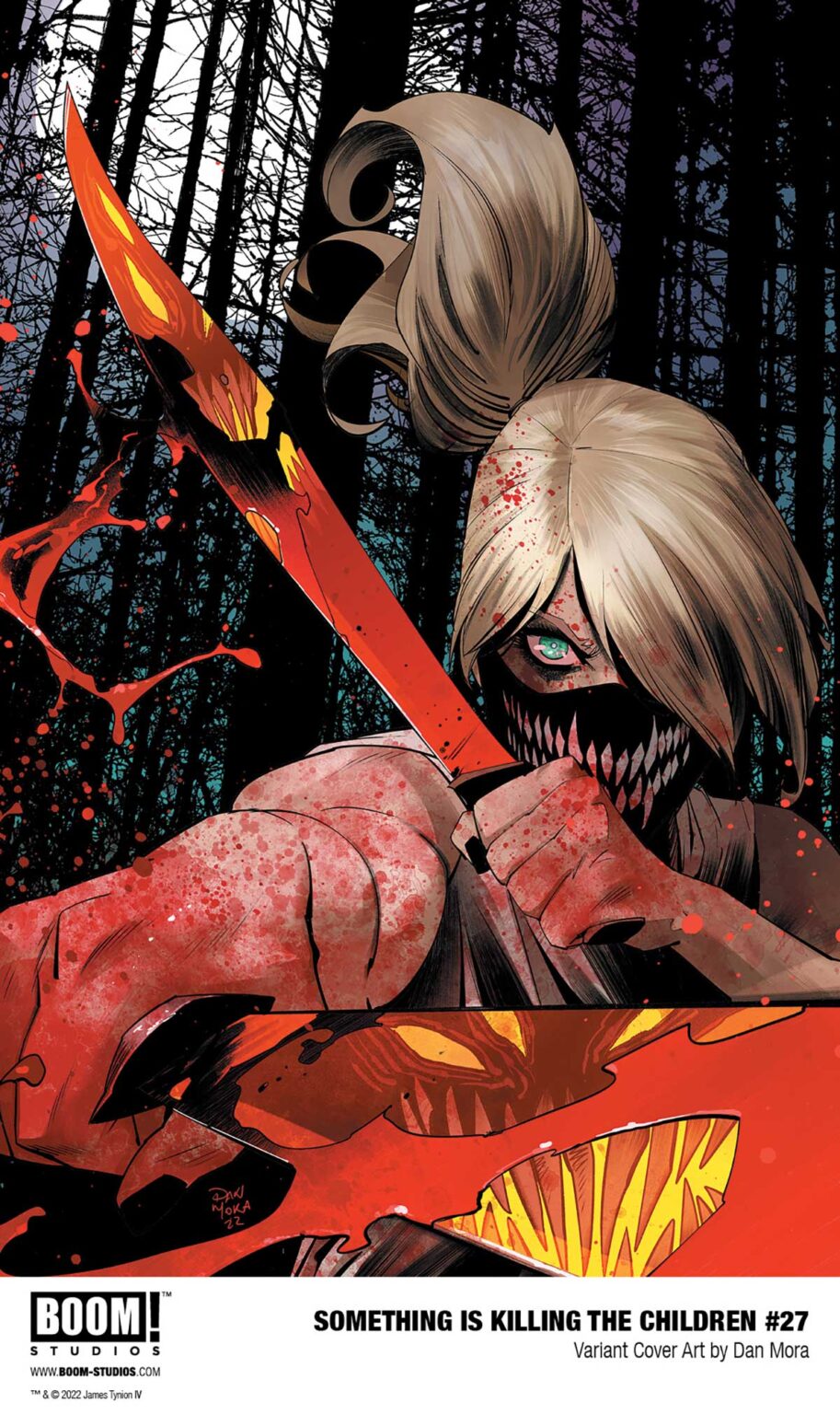 BOOM! Studios released an early look at Something is Killing the Children #27 by James Tynion IV and Werther Dell’Edera.

Leaving death and tragedy in her wake and burdened by grief, Erica hunts for the terrifying Duplicitype. With nothing left to lose and seemingly no one in her corner, Erica is faced with a choice to reach out to an unexpected source of help, or find herself dealing with both a monster and her human enemies alone…