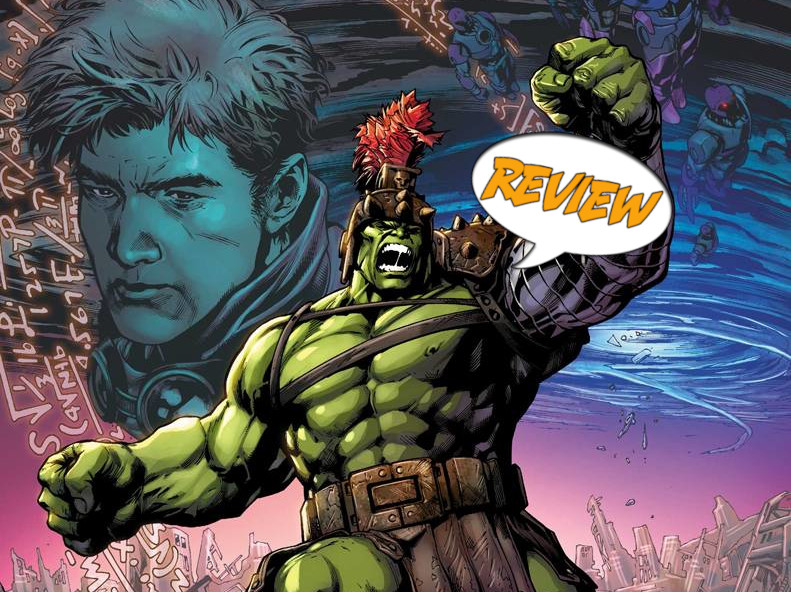 A return to Planet Hulk! After a thousand years, Sakaar isn’t a safe place for green skins. Find out the expansion of the mythos of Sakaar in Planet Hulk: Worldbreaker #1 by Marvel Comics!

Previously in Planet Hulk: Bruce Banner is the Hulk. He once found himself on the gladiatorial planet of Sakaar, where he became The Green Scar and the Worldbreaker. On Sakaar, Hulk overthrew the Red King and became the King himself. He takes Caiera as a wife and has two children. Soon, Hulk returns to Earth to start World War Hulk. Years later, Amadeus Cho made his way to Sakaar.

THE TIME OF CHANGE

Planet Hulk: Worldbreaker #1 is set one thousand years in the future. A group of people follows Grand Priestess Venkiera, who hates the Green-Skinned monsters and the legacy King Hulk left them. Tala and Balo, two ancestors of the Hulk, are traveling in this apocalyptic world. As they look for safety, they are attacked by soldiers of the priestess. The elder sister, Talo, is left to die while Balo, the younger brother, is kidnapped.

Unsure of what to do, Talo searches for help and finds Amadeus Cho. She convinces him to help rescue her brother. As they try to free Balo and the other kidnapped green children, they are attacked and surrounded by a priestess robot with gamma inhibitors.

A smaller story also features Skaar, the Son of Hulk, who is trying to find his place on Earth.

I picked Planet Hulk: Worldbreaker #1 because of morbid curiosity. I’m not a huge Hulk fan, but I wanted to know the political implications of the previous Hulk stories. I didn’t get that here. Instead, we get what appears to be a segregation and prejudice story involving Hulk’s kids. But we are getting a superficial interpretation of that theme so far. I understand that we are still in exposition mode for the story, and Greg does a great job introducing all the significant characters. So I am confident that we will explore the theme in further issues.

The art was okay with this issue, but some images looked a little funky, and I think it has to deal with the facial expressions. Sometimes the way the mouth and eyes are presented feels a little out of place. However, the details of the monsters and creatures are incredibly well done. Good job from the creative team.

Planet Hulk: Worldbreaker #1 presents a new interpretation of Sakaar with a promise that all the Hulk’s legacy characters will be featured. This book is still ramping up, promises to hit the nostalgia factor, and has many intricate and remarkable moments. This comic is a solid 3.5 out of 5 stars, and I’ll be interested to see what happens next.

Planet Hulk: Worldbreaker #1 shows us the legacy of Planet Hulk that promises a ton of action and a return of the Hulk to Sakaar.