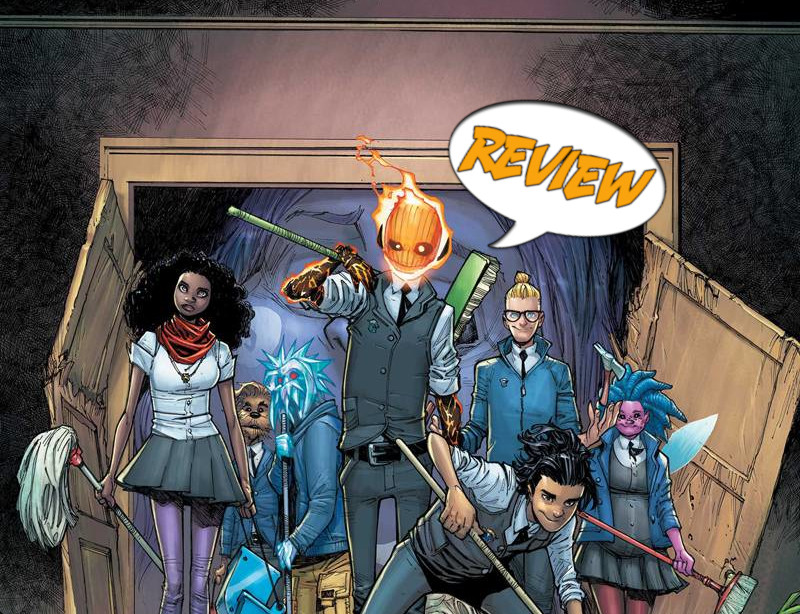 Strange Academy is divided, and Calvin is in trouble. Find out if the students can work together to save Calvin from Gaslamp in Strange Academy: Finals #2 by Marvel Comics!

Previously in Strange Academy: Doyle had a vision that he and Emily would fight each other in a good versus evil battle. He didn’t expect Emily to stage a walkout and take her supporters to the Dark Dimension, leading to concerns about who will be on the evil side of the fight. Additionally, after Calvin was expelled, he became a dealer of wishes for Gaslamp. When Calvin is robbed and fails his quotas, he is punished and hooked up to a machine.

Strange Academy: Finals #2 starts with Zoe Laveau returning to Strange Academy with some other students. They are welcomed back with open arms by Doyle and his classmates. However, Dr. Voodoo told the students they were cleaning Strange Academy… on a Saturday! Working together, they pick up the slack that the Mindless Ones once filled. After finishing, they share a large meal, and one of the students reveals that Calvin is back in town.

Doyle, Zoe, and Alvi lead the other students to track down Calvin and find out he is in danger. They attack Gaslamp directly and recover Calvin. But before they escape, Germán Aguilar unleashes his animage state, causing the whole machine to explode.

Viewing these kids as students and living their everyday lives made me forget how scary these people are. In Strange Academy: Finals #2, Zoe uses necromancy, Shaylee knocks out someone with magic, and Germán uses the full extent of his powers. And this is in stark comparison to earlier in the comic, where they are doing simple chores and talking. There is a specific panel where the students are in the alleyway. Zoe is in complete zombie form, and the use of shadow makes their facial expressions all that more serious. For me, the art and coloring really pushed the issue.

After the first issue displayed a lot of disunity, it was nice to see the students working together. We still have that drug dealer theme, and Calvin will have dire consequences. But it feels like I am looking at a team rather than individual students. Incredible work here.

Strange Academy #2 perfectly depicts a lighthearted style to a grim dark tone that shows the well-rounded personalities of these characters.