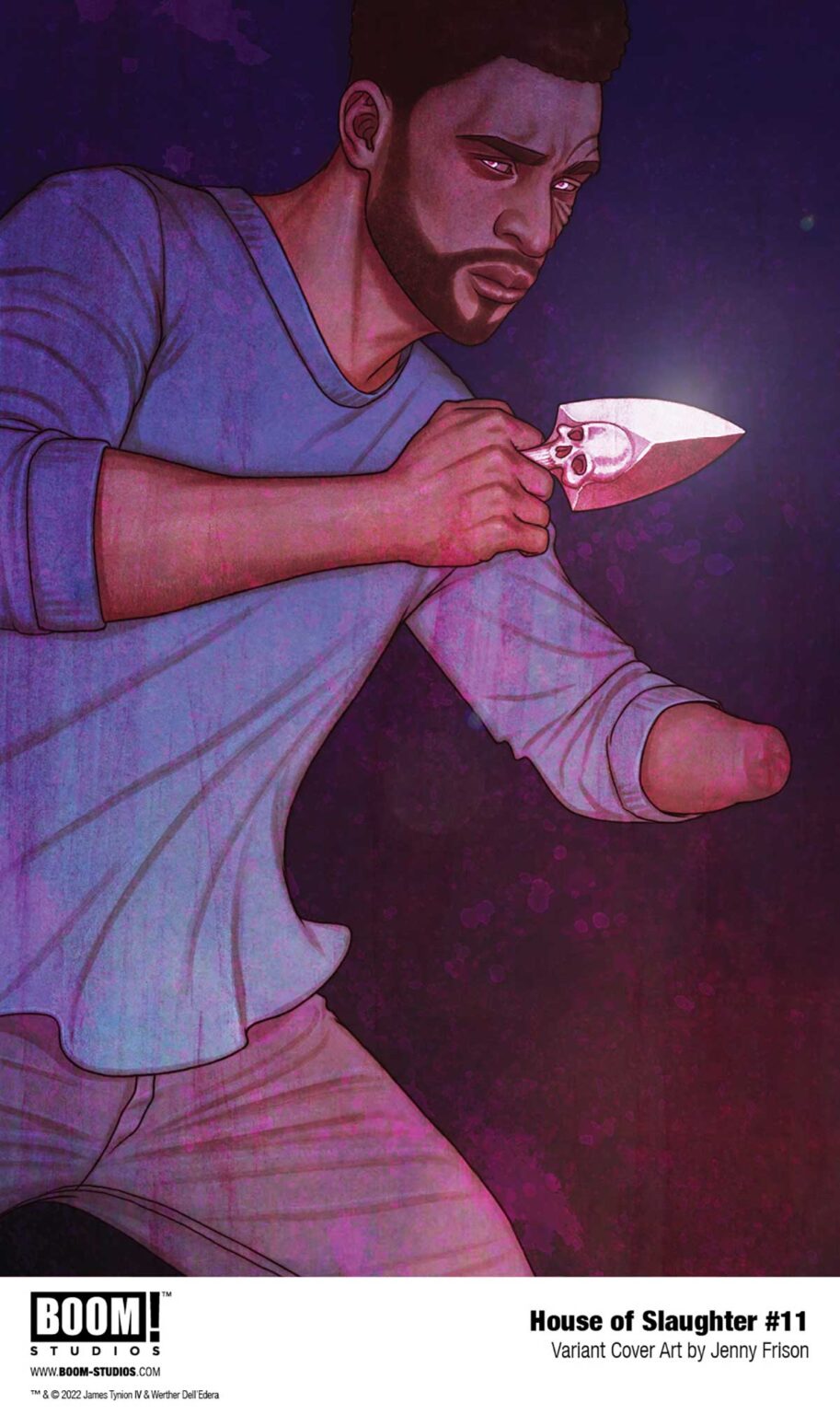 BOOM! Studios announced that artist Jenny Frison will provide the variant cover for House of Slaughter #11 by Tate Brombal and Antonio Fuso.

No longer the monster hunter he once was and unaware of Aaron’s fate, Jace’s new mission is to protect the orphans under his care. But one of these children may be in even worse danger than Jace knows, as a strange pair of eyes watches him from the woodland shadows… Can Jace lay down his overwhelming rage and guilt long enough to save them all from the terrifying threats that surround them?