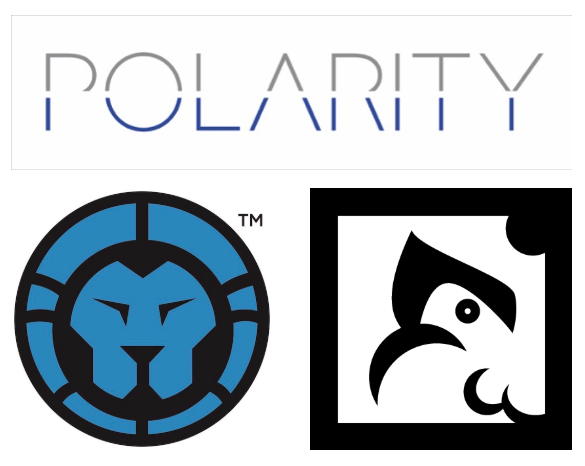 Oni-Lion Forge Publishing Group – the multiple Eisner and Harvey Award-winning comic book and graphic novel publisher headquartered in Portland, OR – today announced that it has named veteran publishing executive Hunter Gorinson to the position of President and Publisher. Gorinson will assume the post immediately and oversee all company operations, including Oni’s editorial, marketing, operations, and sales divisions – with a portfolio that spans the direct market, book, digital, and e-commerce channels. In his new role, Gorinson will be tasked with expanding Oni-Lion Forge’s footprint as one of the world’s most renowned publishers of comic books and original graphic novels; building upon its decades-long relationships with some of the comic medium’s most noted creators; identifying new creative voices and partnerships; and expanding the Oni-Lion Forge brand through new collaborative ventures rooted in the storytelling power of the comic book medium.

“Oni is, without a doubt, one of the most groundbreaking and influential comic book publishers of our generation,” said Gorinson. “It’s a true honor to lead the company at this pivotal moment in its history, and I look forward to working alongside our incredibly talented team and distinguished roster of creators to write a new chapter that will honor Oni’s legacy of advancing daring creative voices, stories, and ideas, while opening new opportunities to maximize the scope and impact of the Oni-Lion Forge library for readers of all ages in comic shops, bookstores, and beyond.”

Gorinson comes to Oni with more than a decade of high-level experience in comic book publishing, film and television development, and content strategy, working in partnership with some of the most recognizable creators, properties, and brands throughout the entertainment landscape.

From 2011 onward, Gorinson served as the founding Vice President of Marketing & Communications for Valiant Entertainment, where he co-architected the relaunch of the award-winning independent comics publisher. In 2018, Gorinson joined Hivemind – the production company behind Netflix’s The Witcher and Amazon’s The Expanse – where he served as Senior Vice President of Brand & Content Strategy and led development of multiple high-profile additions to the company’s slate of comic book-based film and television projects.

In 2021, Gorinson joined BOOM! Studios as the Eisner Award-winning publisher’s first Vice President of Business Development. As the founding executive behind the company’s emerging business development division, Gorinson worked to forge new business opportunities, partnerships, and brand collaborations for the industry’s second largest independent publisher; expand the company’s opportunities in publishing across the direct market, book, and direct-to-consumer channels; and develop the BOOM! library across publishing, media, and licensing.

Founded in 1997, Oni Press has a 25-year history as one of the industry’s most respected and acclaimed independent comic book publishers. In 2019, the Oni-Lion Forge Publishing Group was formed through a merger with fellow independent comic book publisher, Lion Forge Comics, founded in 2011 by entrepreneur David Steward II. The Oni-Lion Forge Publishing Group now exists as a publishing subsidiary of Steward’s diversified global media company, Polarity.

“From our earliest conversations, it was clear that Hunter was the ideal leader to shape the future of the Oni-Lion Forge brand,” said David Steward II, Chairman of the Oni-Lion Forge Publishing Group. “With a deep understanding of both the art and business of comics, Hunter knows how to build collaborative environments that foster creativity between creators and colleagues alike, and shape content that will resonate with fans around the world. He has a robust vision for solidifying Oni–Lion Forge’s reach with creators, readers, and retailers in the direct and book markets, while simultaneously extending the wide breadth of our library even further with strategic partnerships that will showcase the best of Oni-Lion Forge, present and future.”

Polarity is a diversified global media company with a mission to bring authentic content to a diverse global audience. To create a richer content experience and offering, the company believes in the value of embracing diversity and highlighting previously unheard voices as well as new and emerging views. In addition to the Oni-Lion Forge Publishing Group, the Polarity portfolio includes Lion Forge Animation, Illustrated Syndicate, and Magnetic Press.

David Steward II has been putting resources behind his vision of expanding the market for comics and comic-related pop culture to new age groups and demographics since the early 2010s, building a portfolio of titles and imprints that feature characters and creators from a wide variety of backgrounds. He’s extended that vision and ethic to the larger media landscape with an organization that can orchestrate content development, production, financing, and distribution across different channels.