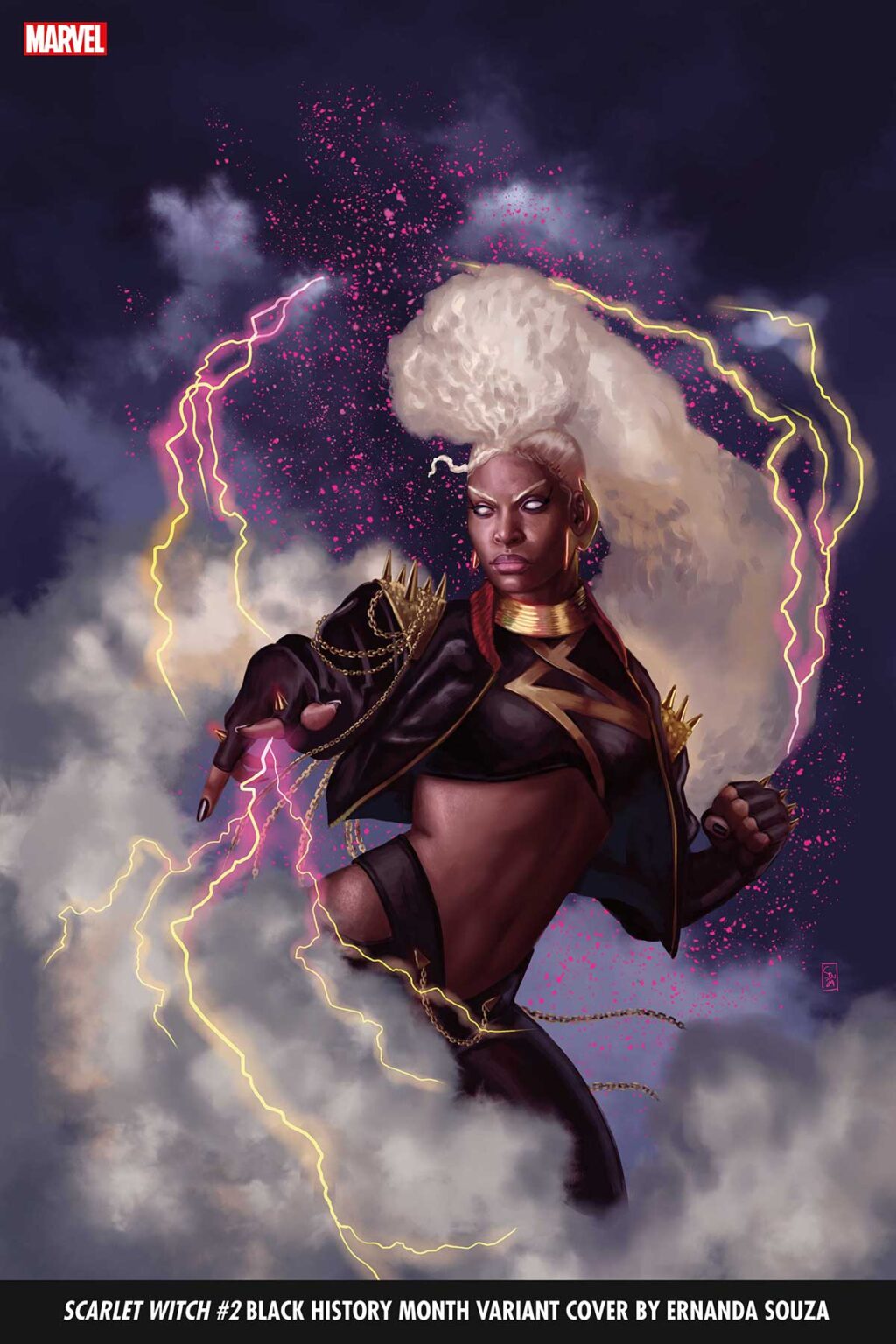 Last month at New York Comic Con, Marvel Comics announced some of the exciting things coming your way as it celebrates Black History Month this February with various new series centered about Black heroes and creators and a new edition of Marvel’s Voices anthology series, MARVEL VOICES: WAKANDA FOREVER. Today, fans can discover more about the stories and creators that await in MARVEL’S VOICES: WAKANDA FOREVER, check out all four BLACK HISTORY MONTH VARIANT COVERS, and learn about special BLACK HISTORY MONTH BACKUP STORIES that will appear in select issues throughout February.

MARVEL’S VOICES: WAKANDA FOREVER #1 will feature five all-new stories spotlighting the iconic heroes of Wakanda and brought to life by an incredible lineup of both fan-favorite creators and talent fresh to the Marvel Universe. Join them as they grow and expand the inimitable world of Wakanda in these tales of myth, adventure, strife, and more!

· T’Challa’s grandfather, Azzuri, learns a lesson as a teenager that will have a dramatic impact on Wakanda’s present in a moving story by writer Adam Serwer (Wakanda) and Marvel Studios storyboard artist Todd Harris!
· It’s the debut of the LAST Black Panther in the far future of Wakanda in a revelatory tale written and drawn by Juni Ba (Black Panther, Image Comics’ Monkey Meat)
· T’Challa must grapple with a crisis of faith and goes to a surprising ally to help get him through it in a thrilling tale by writer Karama Horne, author of the recent Black Panther: Protectors of Wakanda book, and artist Alitha E. Martinez, known for her work on Black Panther and Miles Morales: Spider-Man
· Learn what length Shuri will go to in order to protect Wakanda from a devastating attack from a dangerous new foe in an action-packed story by Murewa Ayodele and Dotun Akanda, the team behind the recently announced I Am Iron Man limited series
· A new Dora Milaje trainee must accomplish one last thing to earn her place: defeat Okoye in combat! Witness this breathtaking battle in this story by Eisner Award-winning writer Sheena Howard and artist Marcus Williams (Tuskegee Heirs)
· Plus all-new essays and interviews about all things Wakanda!

“Ever since we first started bringing Marvel’s Voices into our comics back in 2020, it’s been so inspiring to see our stories grow and evolve, bringing up a fantastic lineup of new characters and creators,” said Marvel Comics Editor-in-Chief C.B. Cebulski. “Looking ahead to 2023, we’re excited to expand the anthology series to broaden our focus on characters and families, giving our writers, editors, and readers more stories and more characters in the grand tradition of MARVEL’S VOICES.”

In addition, Marvel’s BLACK HISTORY MONTH VARIANT COVERS are back, giving some of the industry’s most acclaimed artists a chance to spotlight some of the most iconic Black super heroes in fiction. This year, fans can find these stunning covers on four titles and each issue will also have a special backup story starring that very character!

· THOR #31 will include a teamup story featuring Thor and Black Panther by writer Cheryl Lynn Eaton and artist ChrisCross
· MOON KNIGHT #20 will see the crescent crusader crosses paths with the Sheriff of the Vampire Nation, Blade in a story by writer Danny Lore and artist Ray-Anthony Height
· SPIDER-MAN #5 features Spider-Man and Photon in an action-packed adventure by writer Justin A. Reynolds and ChrisCross.
· SCARLET WITCH #2 will see two of Marvel’s biggest powerhouses, Scarlet Witch and Storm, join forces in a story by writer Stephanie Williams and artist Chris Allen