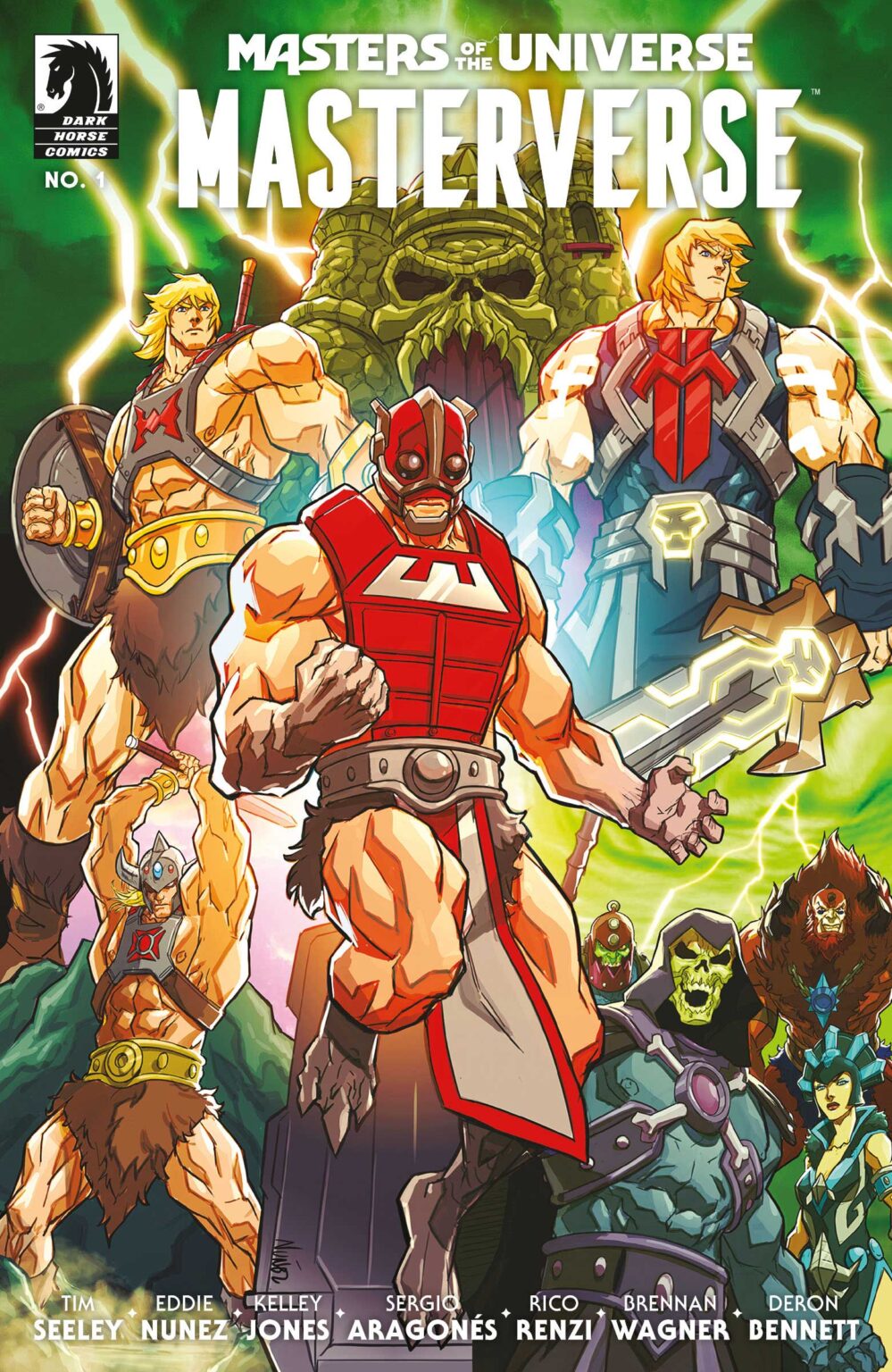 Dark Horse Comics and Mattel are teaming to explore the Masterverse in the upcoming Masters of the Universe: Masterverse from writer Tim Seeley and artists Eddie Nunez, Sergio Aragones, and Kelley Jones.

In the depths of Castle Grayskull, The Sorceress and Zodac debate the value of He-Man. To save the life of her champion, the Sorceress must take the Cosmic Enforcer on a tour of the multiverse. First, a tour across a world where a dim, barbaric He-Man bumbles through a world of annoying warrior goddesses and bored demons as he’s pursued by a hungry green tiger in a tale drawn by the legendary Sergio Aragonés (Groo the Wanderer, Mad Magazine)! Then, a stop in an Eternia where the power of Grayskull summons an entirely different warrior in a horrific ghost story illustrated by Kelley Jones! Written by MotU alumni Tim Seeley (Injustice vs. Masters of the Universe, Masters of the Multiverse) with a framing story by Eddie Nuñez, this is an anthology series not to be missed!