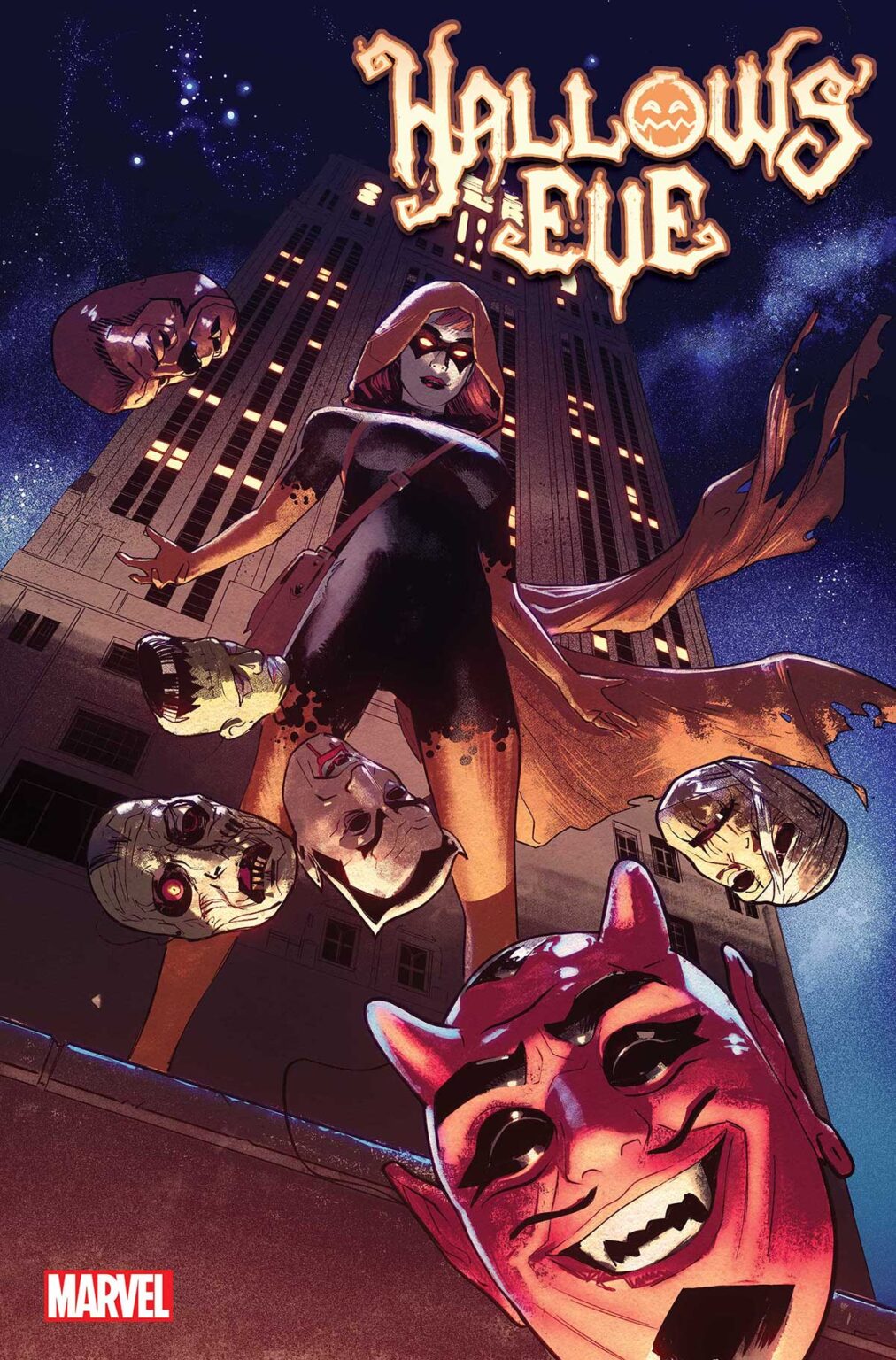 Following her appearance in Amazing Spider-man #14, villain Hallows’ Eve is getting a solo series in 2023.

Here are the deets from Marvel Comics: Hallows’ Eve’s first appearance, which also served as a prelude to the upcoming Spider-Man/X-Men epic DARK WEB, revealed that this devious new baddie is none other than Janine Godbe, the loyal longtime girlfriend of Ben Reilly. Her transformation was a gift from Madelyne Pryor and together, they’ll unleash a special brand of chaos in the months ahead! But DARK WEB is only the start of Hallows’ Eve’s saga as the character headlines her own limited series in March. Announced last month at New York Comic Con, the five-issue series will be written by Erica Schultz, who made her Marvel Comics debut in Moon Knight: Black, White & Blood #3 and is writing the upcoming X-23: Deadly Regenesis series, and drawn by Michael Dowling, known for his acclaimed work on titles like Black Cat and Jane Foster & the Might Thor. The upcoming story will keep fans guessing as it explores the exciting and unpredictable potential of Hallows’ Eve’s powers. The secrets behind her mystical masks and the dangerous abilities they grant her are unlike any the Marvel Universe has ever witnessed and power on this level will attract all kinds of unwanted attention…

Janine Godbe’s world has been blown up several times in her life, but after the events of DARK WEB, she’s in control of her future for the first time in years. With a bag of super-powered masks and a chip on her shoulder, Janine’s crime spree as Hallows’ Eve puts her on the run from the police, but there’s someone else after her too… someone seeking to take her newfound power for themselves!