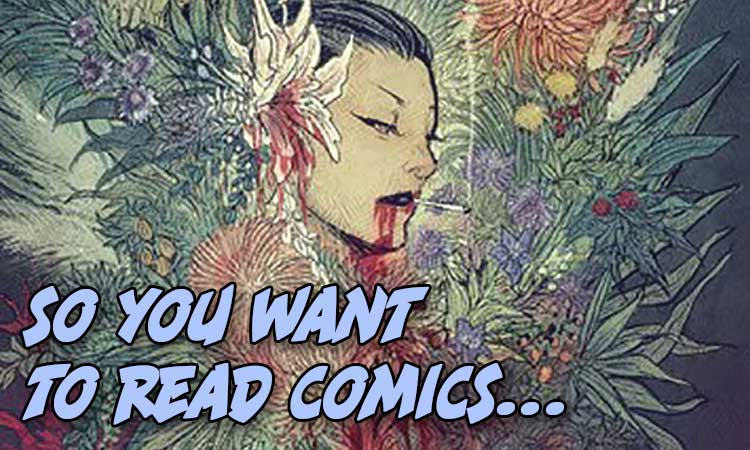 We’re waiting for the end, in this week’s “So You Want To Read Comics”.  This is our weekly feature where we take a look at a single topic or genre, then give you two comic recommendations, perfect for new readers, based on that topic or genre.  This week we’re looking at comics from 2022 to read before the year ends.

As of the writing of this, 2023 is about a month away, it’s the season of end-of-year recaps and lists.  2022 was a year full of political activity from a US midterm election, to the revolving door of PMs in the UK, to protests in Iran and China.  While some of this political heat spilled over into the comic book world with controversial bannings of celebrated graphic novels, the industry itself was more on the mellow side, at least when looking at the bigger publishers.  Event comics were limited this year, and the ones that did come out were more limited in scope rather than the company-wide initiatives that dominated past years.  On the flip side,  graphic novels telling whole stories and miniseries’ saw a lot of use this year.

So, with holiday shopping and vacations on the way as well as a whole new year full of possibilities, here are a couple of comic books to check out before midnight on December 31st.

The Night Eaters: She Eats The Night

This humorous graphic novel focuses on a family of twins and their parents who immigrated from Hong Kong.  As the siblings start to feel the pressures of failure and modern life falling on them, their parents decide to instill some values that might be considered “old fashioned”.  To do this, they enlist the twins into fixing up an old house that happens to be the scene of an old murder.  Things then descend into horror movie territory.  While this volume has a lot of the visceral enjoyment that comes with the horror and comedy genres, there’s also a fair bit of subtext going on here that resonates with current events, more specifically, the tension between a younger generation increasingly disconnected from the past and reliant on modern living and an elder generation who romanticizes days gone by but fails to see the harm it caused.

Okay, so I’m cheating a bit here.  Most of the issues that make up this volume actually came out in 2021, but the collected edition wasn’t published until 2022, so it counts. Superman has never really shied away from interacting with current events and social concerns. That tradition doesn’t stop here.  Featuring Clark Kent’s son Jonathan, this series focuses on his first steps in taking over the family business of being the most powerful superhero ever.  Along his way he comes up against a shady organization that’s not fully truthful, polarizing political figures, and shines a light on climate change, and LGBTQ+ representation.  While Superman has been updated multiple times to be more representative of the current day, this volume features a character that truly is a Superman for a new generation of people.  Beyond its deeper themes, this series features just some straight-up fun stories and good action scenes.

What are some of your favorite comics of 2022? What did you think of these recommendations?  Let us know in the comments section below.