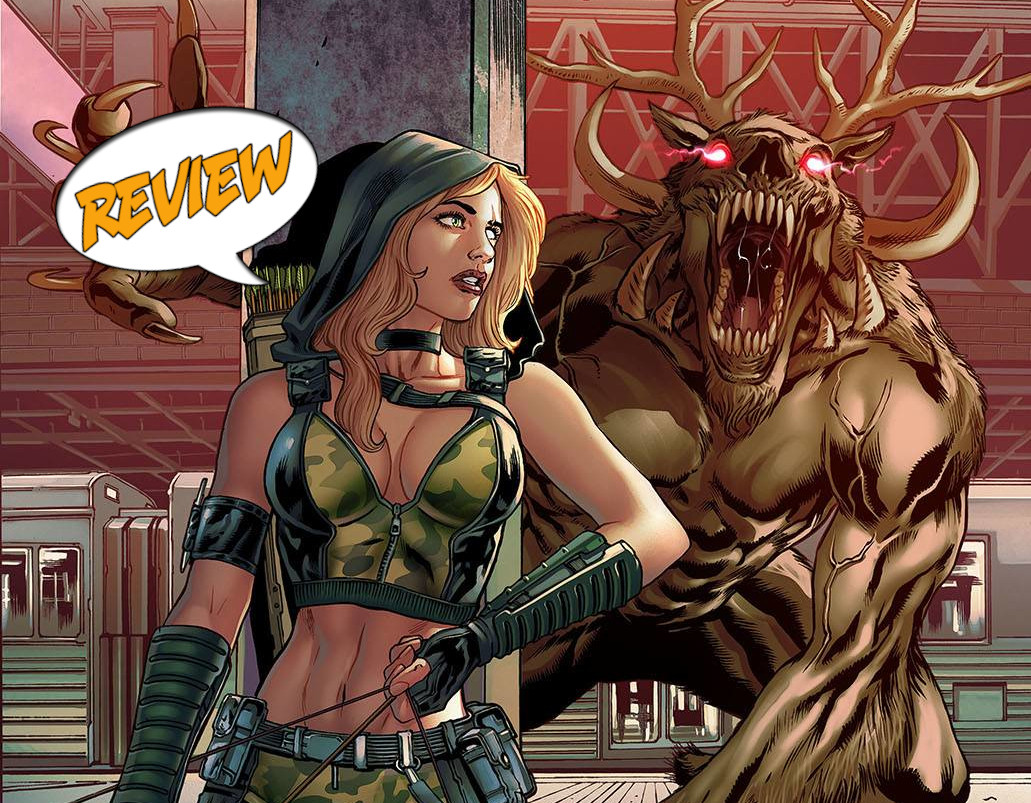 Robyn Hood is trying to repair her reputation. Can she stop the monster from attacking the homeless population in the subways? Find out in Robyn Hood: Last Stop by Zenescope Entertainment!

Previously in Robyn Hood: Robyn Hood has been protecting New York City for years. Using her bow and magic, she defeated all sorts of supernatural threats. Recently, she has been able to expel the black magic from herself and has been training to take on more powerful threats.

Robyn Hood: Last Stop starts with a bunch of people heading onto a subway train. Robyn Hood notices that there are people about to rob the subway car. As they pull out guns, she stops two of them, but the last one shoots the controls of the vehicle, causing a crash. Robyn Hood leads the people out of the subway but is suddenly attacked by a Wendigo. One of the passengers is a Native American named Jeb, and he provides some information on the creature they are fighting. Continually waylaying the beast, the group slowly makes progress to the surface.

After another encounter, Robyn realizes that Wendigo is one of the people on the subway. Robyn Hood and Jeb distract the Wendigo while everyone escapes. They set up a trap and led the Wendigo to be run over by an oncoming subway train.

Robyn Hood: Last Stop feels very low stakes compared to her usual stories. Typically, some magical thing is on the verge of destroying the world. Fighting a wendigo killing the homeless feels very street level. From my understanding of the character, a single Wendigo probably shouldn’t have been much of a threat to Robyn Hood. So, it was harder for me to engage with this plot line. Sure, she was trying to keep people safe and was short on arrows. But she has been training and fighting more challenging opponents for a long time. But that is just the nature of superhero storylines, I guess.

Robyn Hood: Last Stop is a simple storyline. There wasn’t much character development, and the plotline was reasonably straightforward. However, I am excited about the resolution to hook into the following plot. There is a ton of potential for this new threat that Robyn Hood must handle.

BOTTOM LINE: NOT THE BEST

Robyn Hood: Last Stand seems to be trying to set up a future storyline rather than focusing on making this comic great.