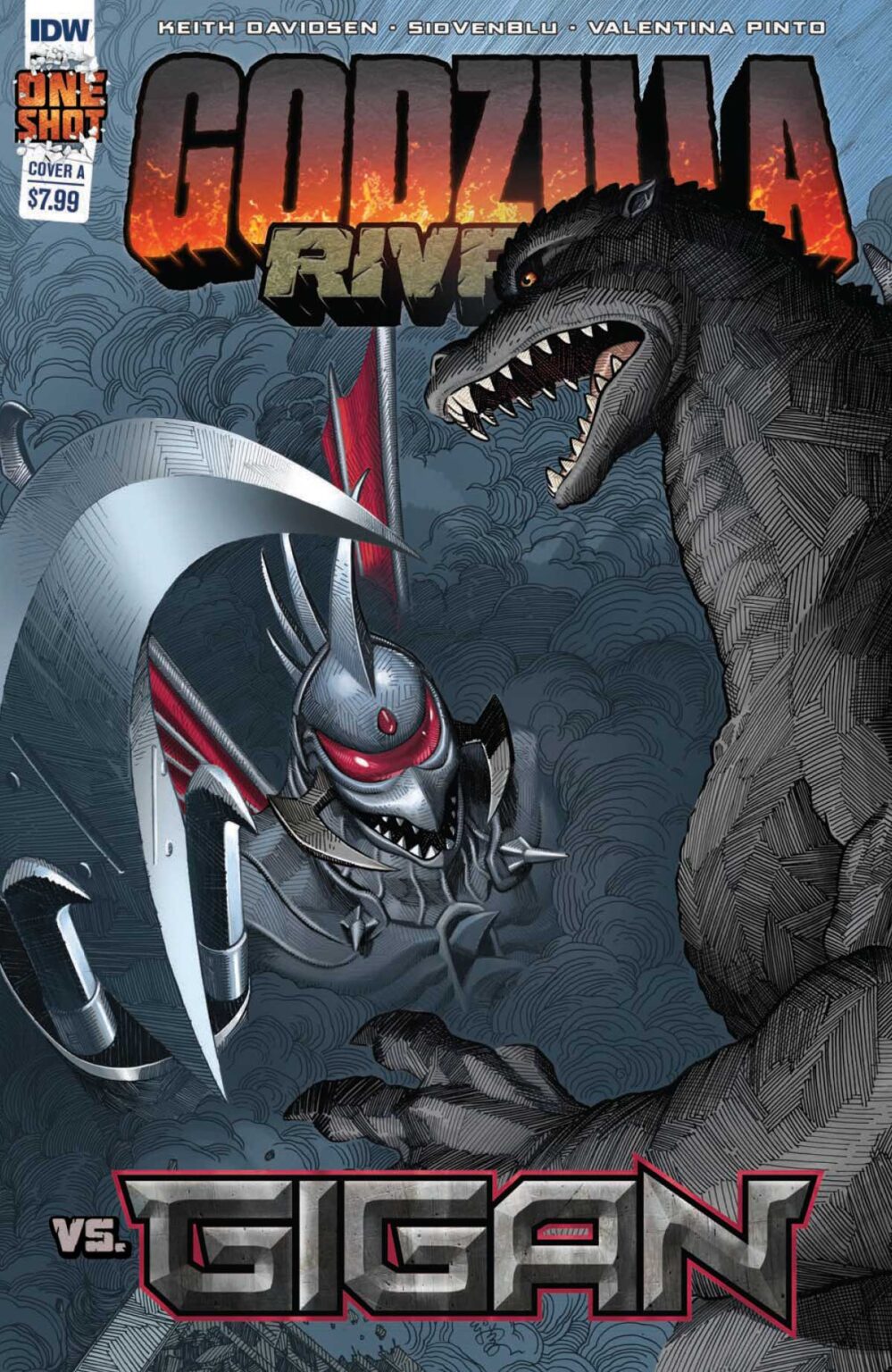 IDW Publishing releases a new Godzilla one-shot this week. Take the jump for a sneak peek at Godzilla Rivals vs. Gigan.

GODZILLA RIVALS VS GIGAN ONESHOT
(W) Keith Davidsen (A) SidVenBlu (CA) E. J. Su
Seattle, 2008. Networked computers and video game consoles have connected millions across the globe in virtual combat… and an insidious intelligence has taken notice. The insectoid Nebulans, would-be conquerors of Earth, have hijacked the MMOs and uploaded the collective fighting techniques and strategy of gamers worldwide directly into the central processing unit of their cyborg champion. What chance does Godzilla have at victory when the vicious opponent Gigan has been augmented by the savagery of all humanity?
In Shops: Nov 30, 2022
SRP: $7.99