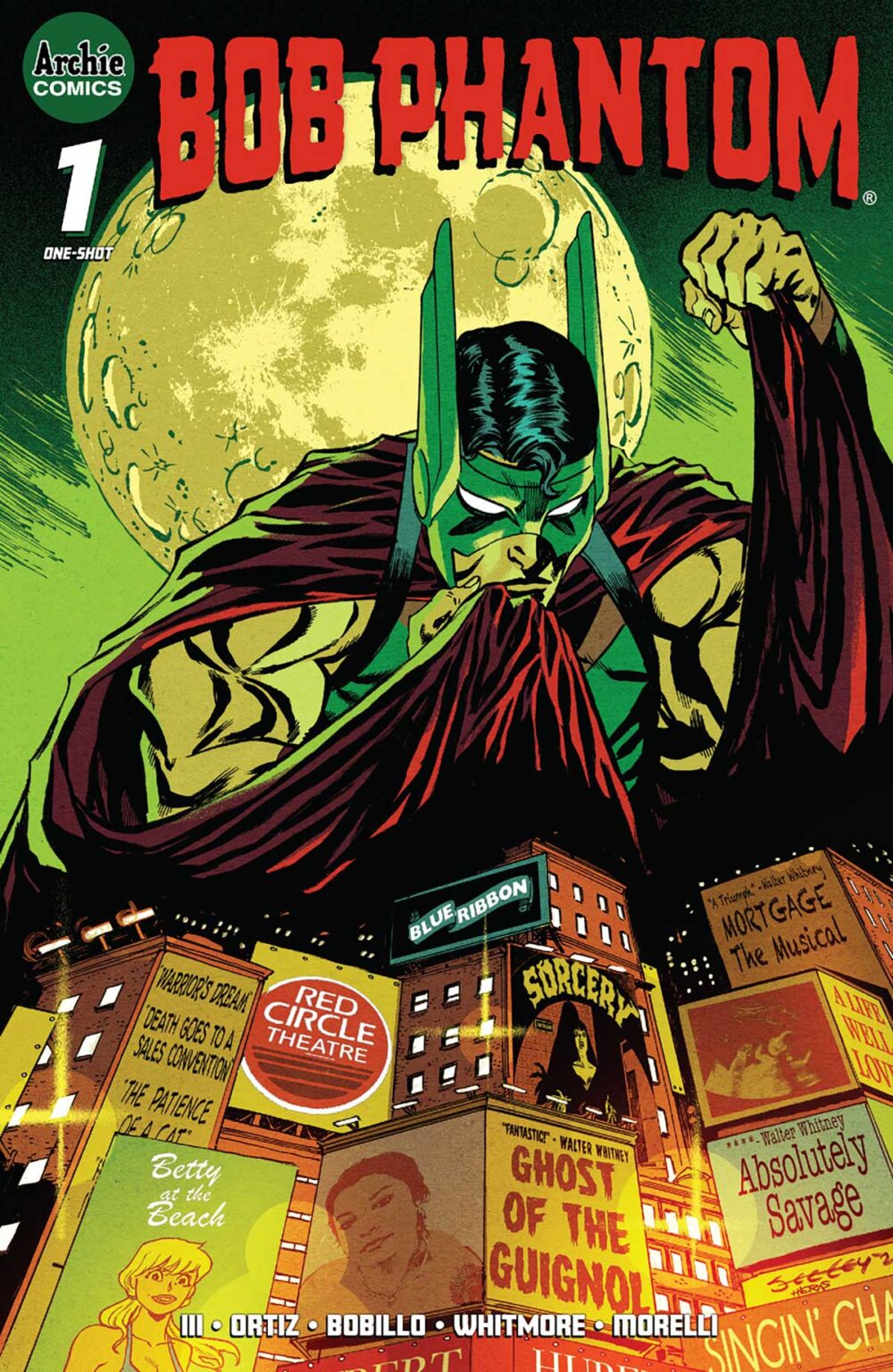 Bob Phantom is back! Who is Bob Phantom? Bro, do you even read comics? Take the jump for a sneak peek at Bob Phantom, a new one-shot from Archie Comics.

By day, he’s Walter Whitney, a fledgling theater columnist with a wild imagination, but by night he’s Bob Phantom, the “Scourge of the Underworld” — or is he? Using his power to become immaterial, Walt beats up criminals and then breaks the news of his exploits in his newspaper column . . . but New York City is not as it once was, and with less crime that means less news. So, if there’s no crime left to fight, there’s only one thing to do: create enemies. Is Bob Phantom really the Scourge of the Underworld, or its leader?