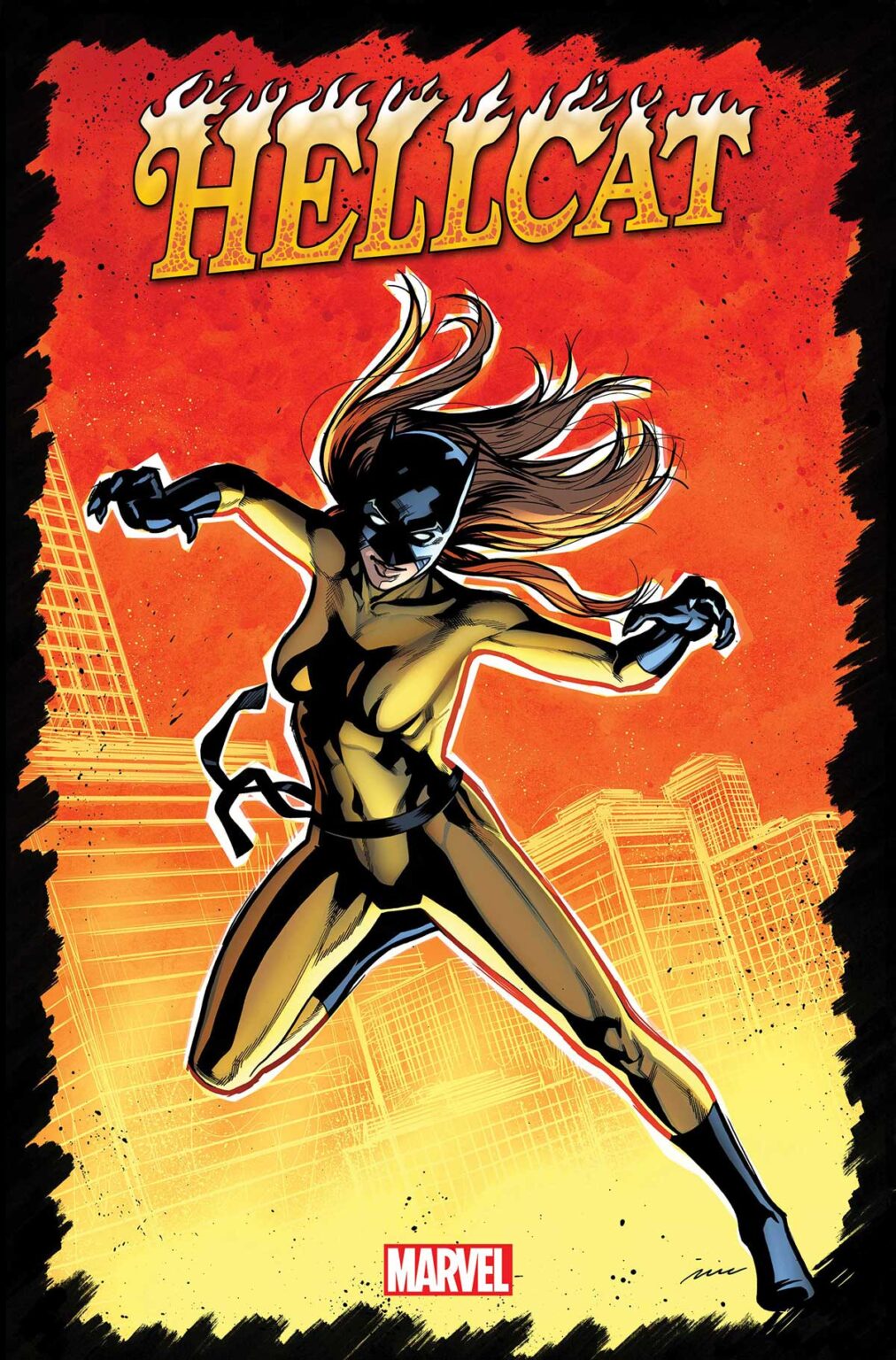 Marvel Comics announced Hellcat is getting her own solo comic series beginning in March 2023.

The five-issue mini-series will be written by Christopher Cantwell, with art by Alex Lins. The events of Iron Man saw Patsy confront the darkest moments of her past and now she’s ready to step up as one of Marvel’s A-List super heroes! Hellcat’s upcoming saga will embrace the character’s rich and unique comic book history including her fascinating ties to the supernatural and her infamous relationship with Daimon Hellstrom. Framed for murder, Hellcat finds herself investigating an action-packed mystery where she’ll cross paths with the fan-favorite character Sleepwalker!

Patsy is back on the West Coast, living in a house haunted by the ghost of her mother! When someone close to Patsy’s inner circle is murdered, Hellcat becomes the prime suspect! Now Patsy must prove her innocence and evade both the police and the supernatural threat of the Sleepwalkers. To add to the perils she faces, her demonic ex Daimon Hellstrom shows up and that’s never a good thing.

“It’s been so rewarding to go even deeper with Hellcat in this new miniseries, and work so closely with Alex Lins on this book,” Cantwell said in a press release from Marvel Comics. “I feel like Patsy was a great voice of conscience and groundedness in Iron Man, but we also hinted at some internal struggles and lingering darkness within her, which we explored even more in our Iron Man/Hellcat Annual issue this summer. But now, I think we’re really harnessing the full power of her character in her own story, and finally unifying all these disparate pieces of her Marvel history—from her since-retconned cheery teenage years, to her time in the romance genre, to her ground-level heroing and vigilante days, to her more supernatural exploits—into one cohesive and definitive HELLCAT tale. This book is first and foremost a noir murder mystery—it’s got grit and doesn’t pull punches—and this is Patsy looking into the darkness she’s struggled with throughout her entire life in order to see how much of it still remains in her soul.”

“The first project I did with Chris was Moon Knight: Black, White and Blood and I quickly realized that he was that amazing kid in the playground that not only has the best ideas, but also the ones that invite everyone in to play with his toys,” Lins added in the same press release. “He writes in such a visual way that opens things up for artists to contribute and feel part of the process. His stories are well-paced, clever, and BIG on imagery so as an artist, you can’t ask for much more! From deeply broken character scenes to Hellcat fighting up some unsung supervillains, this series has it all. I sense I might get to draw that CREEPY little bunny from Iron Man/Hellcat Annual so that would be a highlight in my career.”