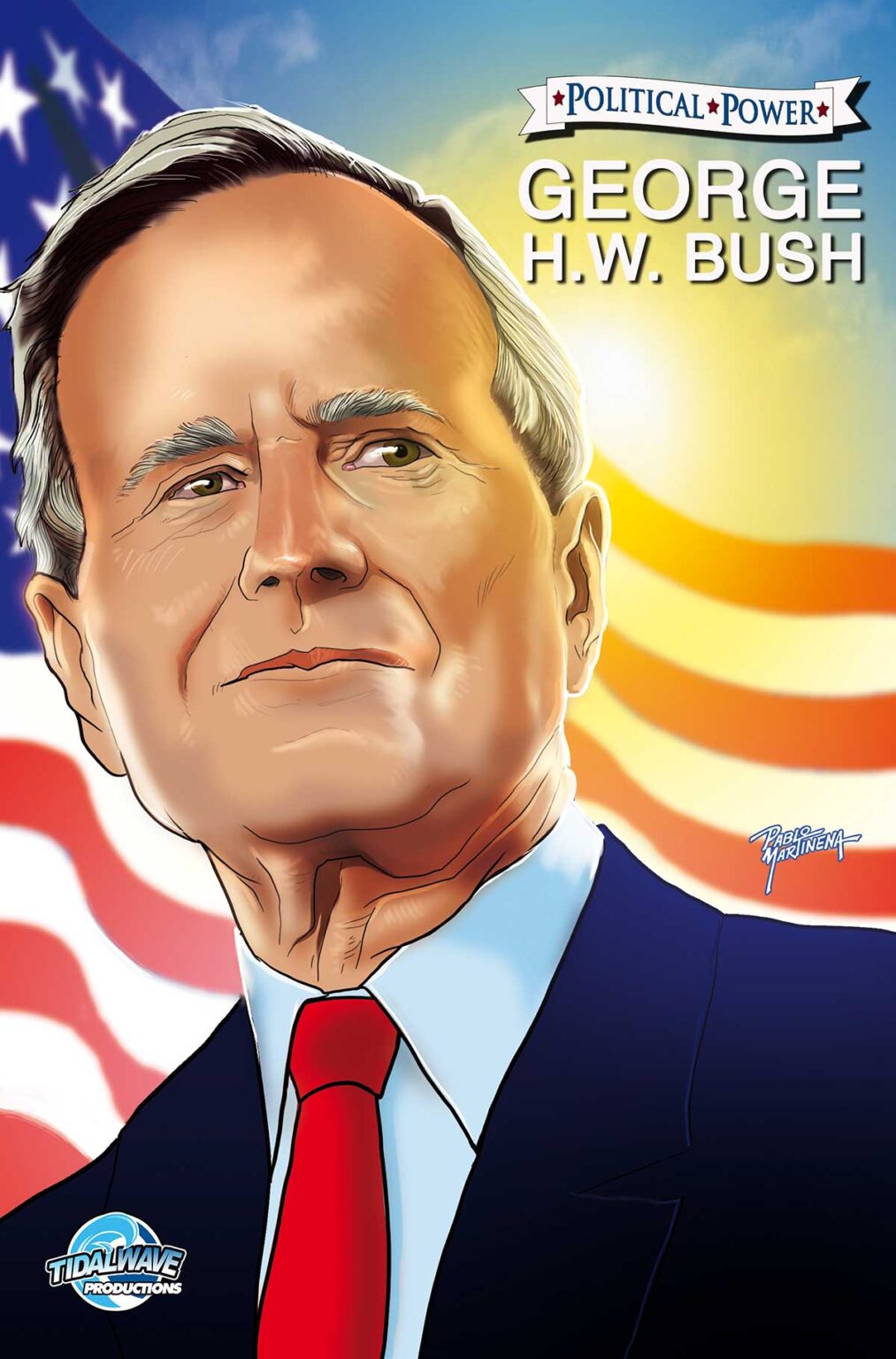 If you have a report on a historical figure due soon, then check out the latest installment of TidalWave Comics’ Political Power series, featuring George H.W. Bush.

“Political Power: George H. W. Bush” is written by Curtis Lawson & Michael Frizell while drawn by Martin Gimenez. A collectible hardcover and a paperback version will be available on the same day with a cover by famed comic book artist Pablo Martinena.

This is the story of George H. W. Bush, the 41st President of the United States. Overshadowed by the titanic personalities of his predecessor, his successor, and his own son, TidalWave Comics takes an insightful look at the incredibly rich and impactful life of this public servant, war hero, and entrepreneur.