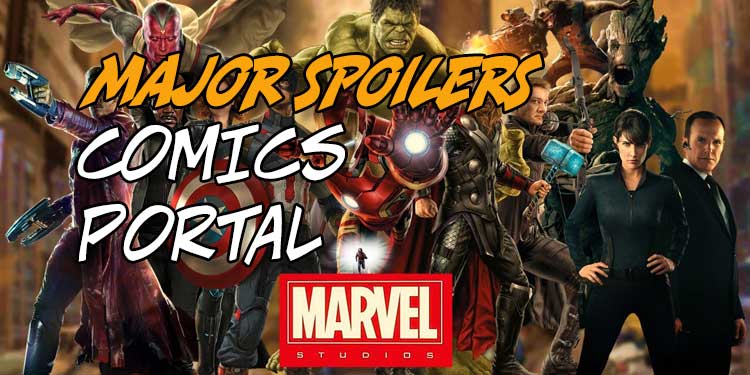 Over one-third of Marvel fans are feeling fatigued by the constant stream of content from the Marvel Cinematic Universe, according to a new study. Recently, a study conducted by Fandom via Variety as reported by screenrant.com had to do with “Marvel fatigue settling in with Marvel Cinematic Universe (MCU) fans.”

Here’s an important paragraph from that story:

Now, a new study conducted by Fandom (via Variety) finds that over one-third of Marvel fans are feeling fatigued by the MCU‘s constant stream of theatrical and Disney+ content in 2022. The study also found that oversaturation is much less of a problem for the DC Universe, which sees significantly fewer theatrical and streaming releases than the MCU, as only 20 percent of DC fans say they feel fatigued by their respective franchise, as opposed to 36 percent of Marvel fans. The extensive study was conducted by surveying 5,000 entertainment and gaming fans between 13 and 54 years combined with what Fandom calls “proprietary insights” from its own platform, which has over 300 million monthly users.

The article continues to say, “It’s understandable that a significant portion of Marvel fans are feeling fatigued given the endless barrage of MCU content in theaters and on streaming. In addition to regular movies and shows, the MCU now includes ‘Marvel Studios’ Special Presentations,’ a new format that has resulted in Werewolf by Night and the Guardians of the Galaxy Holiday Special.”

Article author Adam Bentz says Phase 4 had “more misses than hits” and was “arguably the first dip in quality” for the MCU. He considers Eternals “a complete critical failure” and Thor: Love and Thunder not much better, based on Rotten Tomatoes scores. “These two films, along with some disappointing aspects of Doctor Strange in the Multiverse of Madness, sparked serious discussion about Phase 4 being the MCU’s worst,” he notes.

He does point out an important consideration: “The franchise was forced to hit the reset button and continue without some of its most beloved heroes like Iron Man and Captain America.”

Of course, many films and TV shows are drawing from comics for their stories and characters, which shows just how important the books really are! Wish more fans of the MCU knew that!

Oh, no! Is this the end of the MCU? Bentz thinks not, saying that movies and shows are planned to continue through 2032, so it won’t be ending anytime soon.

LOOKING AT THE FACTS

Okay, I guess it’s something of a big deal if a whole third of your self-described “fans” are saying they’re “fatigued” by a very regular flow of new material to watch. However, doesn’t that mean that two-thirds are NOT “fatigued?” Isn’t that a good thing with years under the MCU’s belt, delving into characters both popular and not so well known?

An article on cbr.com about this survey points out: “Still, the vast majority of MCU fans, 81 percent, will continue to watch anything the franchise releases, while 67 percent of DC fans will do the same.”

Here’s TMI (too much information) for those who still want to know: “The participants in the study were categorized into four different groups depending on their level of enthusiasm for superhero media. These groups were the wholly devoted ‘Advocates,’ review and marketing-influenced ‘Intentionalists,’ who make up the largest segments of a fanbase; hype-dependent ‘Culturists,’ and franchise-dabbling ‘Flirts.’ Approximately half of Marvel and DC’s respective fanbases are made up of Culturists and Flirts.”

I have to be honest that fans of other comics universes would LOVE to have access to the amount of content that the MCU has been and is creating. People have literally been immersing themselves in Image’s Invincible animated show, among others, as an example.

As a contrast, “only” 20 percent of DC fans are feeling “fatigued.” And that’s because they don’t have as much content to take in, which is a good thing? I obviously don’t fit into that category because I would enjoy having more DC movies, TV shows, and animated films and programs to watch. I literally “gobble up” everything I can find regardless of it being aimed at adults or “all ages.”

The point previously made about having to release shows and films without your major characters is truly an important one. I remember when the initial Avengers film was coming out, that many people were saying they had never seen these heroes in live-action and were anxious to go see it. For some, that luster has worn off, seems like.

You have to be a truly devoted fan of the Scarlet Witch to love WandaVision and the recent Dr. Strange movie in which she was, for those who haven’t yet seen it, gone to the “other” side. The question is, though, how many of those fans are there compared to say, Captain America or Thor or Iron Man? Not many, I think!

See, when it comes to a company like Marvel, you have people totally devoted to anything the House of Ideas makes. Then you have those who are fans of specific characters or groups. Still others pick out comics based on who the writer and/or artist are. For movies or TV, you have fans who love directors or actors or script writers as well.

You have to draw enough from each group to make what the industry will call “a success,” and that varies by the film and expectations. That’s not always easy for heroes who aren’t as loved as Cap.

THE JOY OF STATISTICS I do love how the article basically ignores the fact that their own stats indicate that about two-thirds of MCU fans NOT “fatigued.” Of course, Marvel would love to have ALL their fans excited and engaged in their new releases. But the truth is, that’s not always the case. So, a study that says a third of Marvel’s fans are “tired” with the stories being released isn’t really big news, in my opinion.

This is a good example of how statistics can be used to say pretty much anything you want them to. There are people who would love nothing more than comics-related movies and shows to vanish from streaming and other options. I’ve seen those people pronounce the MCU, the DCU, and other comics presentations “dead” or “dying so fast that I want to be the first” to announce them about to be gone.

It feels like those people are obligated to watch comics-related movies, etc. Honestly, that’s not true. If enough fans don’t take the time and plunk down their hard-earned quatloos to watch these products, they will die a natural death. Marvel has to take in enough money to warrant other movies or shows. If not, there are plenty of other options to fill their release schedules.

I’m reminded of Star Trek fans who say that other fans need to stop watching a certain flavor of the franchise so that Paramount will stop making that one and focus instead on other incarnations. The bad news is, that’s not true. If Trekkies suddenly stopped watching ANY Trek, it’s completely possible that Paramount would give up on the franchise completely and move to something else to try and make money. It’s less likely now that there is so much Trek coming out, but there was a time… Really!

So, any website wants to announce that the MCU is on the way out? Go ahead! As a wiser person than me once pointed out, there’s no such thing as bad publicity. You are drawing attention to their offerings, and I bet they’re happy to have it happen!

What do you think? Are there certain MCU programs/films you haven’t watched or are a big fan of? Do we need more or fewer comic-related programs? What comics would you like to see translated to the big or small screen? Feel free to share your opinions below!