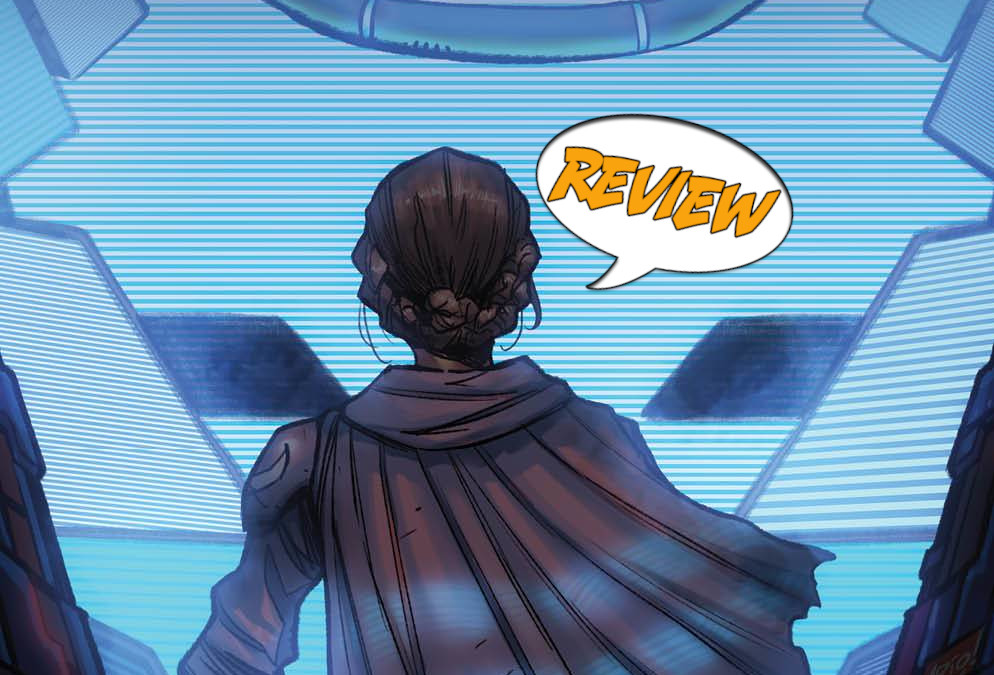 Eve and her sister have met Selene, but why does she hate the robot teddy bear, Wexler? Find out in Eve: Children of the Moon #2 by BOOM! Studios

Previously in Eve: Eve and her sister have been trying to gather the world’s survivors together. However, one base hasn’t responded to their transmissions. Taking a ship, the sisters and Wexler head out to find them. Upon arrival, they encounter resentment toward Wexler and his role in the death of Osiris. The sisters retreat and attempt to parley again while leaving Wexler behind.

AN EYE FOR REVENGE

Eve: Children of the Moon #2 starts with Selene discussing her past. Selene was saved by her brother and sister and taken to a base before they died from the virus. Elene became attached to Osiris, who would give transmissions from the space station down to earth. Unfortunately, she witnesses Wexler killing Osiris and hardening her. It allowed her to burn the infected people without remorse and become the leader of this group of children.

Eve and Eve’s sister hears this story, but it is just a distraction. One of Selene’s men sneaks into their ship where Wexler is staying and spreads gas and a match, causing an explosion.

Initially, I thought Eve: Children of the Moon #2 featured an extended flashback. In reality, Selene aimed to distract Eve long enough to kill Wexler without hurting her. This leads me to wonder about the unreliable narrator. Is the backstory Selene gave accurate, or was it something she said to buy time? More than likely, I’m overthinking it, but it is such a superb writing tool to use a biased narrator to reflect scenes from the past.

Beyond my brief thought experiment, I think the pacing of this comic is excellent. It never felt like it dragged or rushed. It took a reasonable amount of time to do what it needed, a rare quality when people are concerned with page count and publishing deadlines. The art is pretty well done, too, and the use of fire to contrast with the white snow and pale backgrounds was vivid and stunning. Great work by the creative team.

Eve: Children of the Moon #2