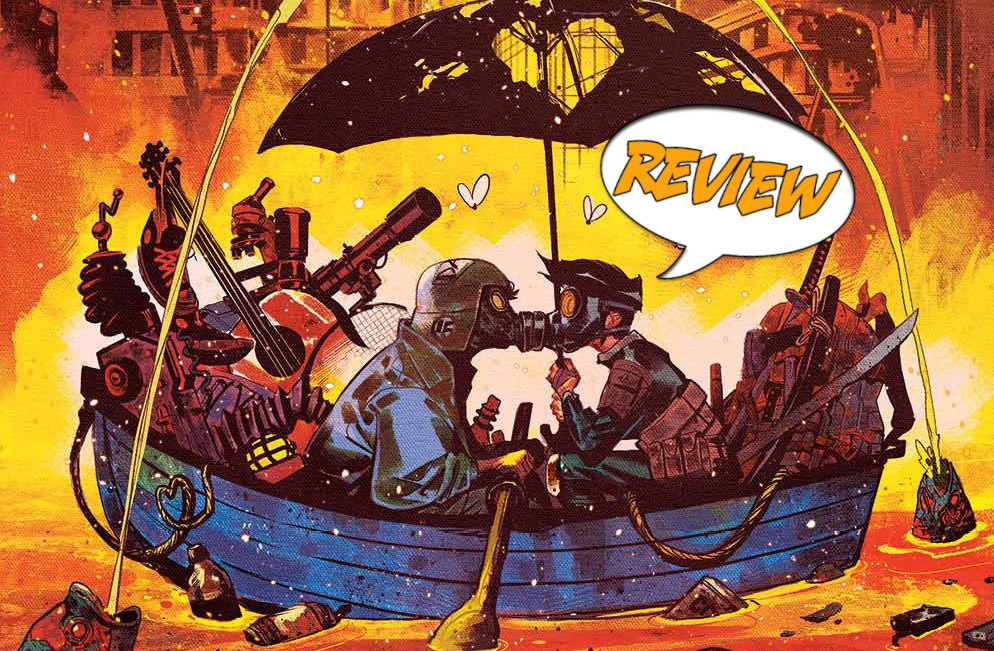 Mace and Mezzy live in a post-apocalyptic world, and their differences are more apparent than their similarities. Find out if they survive in Once Upon a Time at the End of the World #1 by BOOM! Studios.

ONCE UPON A TIME AT THE END OF THE WORLD #1

Previously in Once Upon a Time at the End of the World: Check out the new series by Jason Aaron and Alexandre Tefenkgi for a new creator-owned series. Environmental catastrophes have ravaged the world, and few sane people are still around.

Once Upon a Time at the End of the World #1 stars Esmerelda, nicknamed Mezzy, traversing a plastic wasteland. She encounters a giant octopus monster but is saved by nerd Maceo. Maceo lets her into his tower, where he has holed up, and shows him his supply of destroyed vending machines he uses as food. Maceo does not have excellent social skills and annoys Mezzy. Still, it is undeniable that Mace is friendly and asks Mezzy to stay. Mezzy refuses and heads out once she restocks. Mace, deciding it is time to live his life, follows her.

The story flips to years later, where Mace, a grizzled old man, is captured by Acid Swampers and observes the world’s end.

Firstly, I enjoyed the nonlinear storytelling of Once Upon a Time at the End of the World #1. Typically, you get flashbacks in these stories with mixed success. Instead, we see the future. We know that Mace is alive and is hardened by his experiences. I can then make assumptions about how he got there, but the chemistry between the two characters shows how he matures. With their philosophical differences, Mace will develop in wisdom and in strength. And that is the best kind of hook a creative team can write.

The art is also fantastic. Alexandre Tefenkgi and Lee Loughridge draw and color the main novel, with Nick Dragotta and Rico Renzi changing art style for the last two pages. I noticed how cluttered everything was, which increased my anxiety and perception of worldbuilding. Clutter is stressful and sets the tone beautifully for the stress of the current world. I applaud the creative team for their attention to every item they added to a scene.

Once Upon a Time at the End of the World #1 is an excellent book. To portray an exciting story, the creators nailed the unity between the setting, plot, and characters. That makes this opening a solid 5 out of 5 stars for me, and I can’t wait to pick up the next issue.

Once Upon a Time at the End of the World #1

Once Upon a Time at the End of the World #1 nailed the unity between setting, plot, and characters.