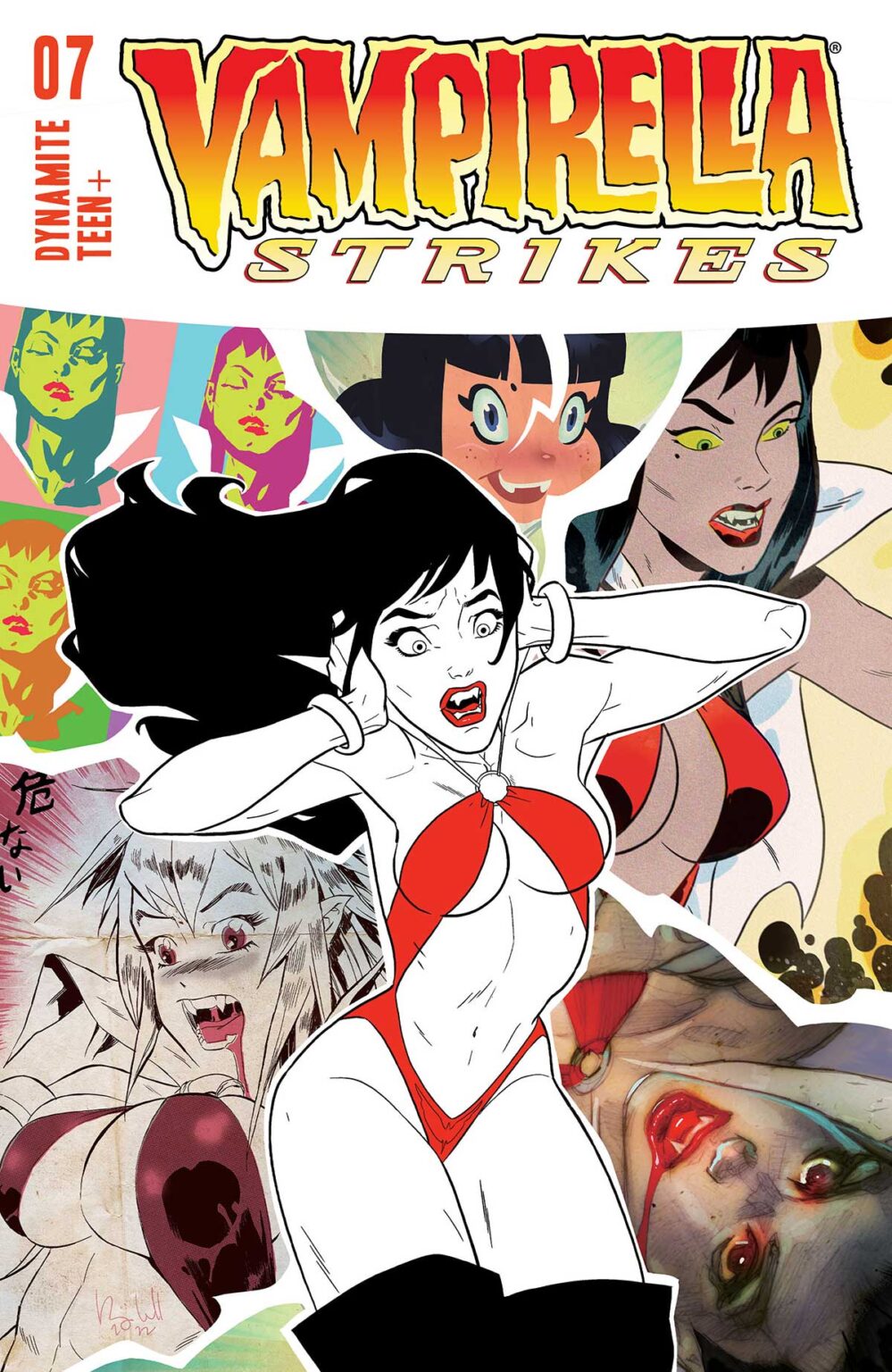 Vampirella Strikes #7 arrives on Wednesday, but we have a sneak peek of the issue, after the jump.

VAMPIRELLA STRIKES #7
Writer: Tom Sniegoski
Artist: Jonathan Lau
Covers: Lucio Parrillo (A), Stephen Segovia (B), Junggeun Yoon (C), Ben Caldwell (D), Cosplay / Rachel Hollon (E)
32 pages | Horror | $3.99 | Teen+
VAMPIRELLA HAS INFILTRATED THE CHAOS CULT, ONLY TO FACE THE DEADLY QUEEN OF HEARTS!
It has been fifteen years since the death of Mistress Nyx and the world in slowly recovering, but this isn’t a world that we’ve ever seen before. This is a world where the natural and the supernatural have merged to create a dangerous new place-a world very much in need of Vampirella. Wearing the guise of a Chaos Cult leader, Vampirella has infiltrated a special meeting of the highest order. What plans does the insidious demon cult have for the unsuspecting world and what do they have to do with the return of one of Vampirella’s most dangerous enemies, the blood red Queen of Hearts? Enter the world of Vampirella Strikes under a series of amazing artist by returning superstar artists Lucio Parrillo, Stephen Segovia, Junggeun Yoon, plus another stunning cosplay cover featuring Rachel Hollon!