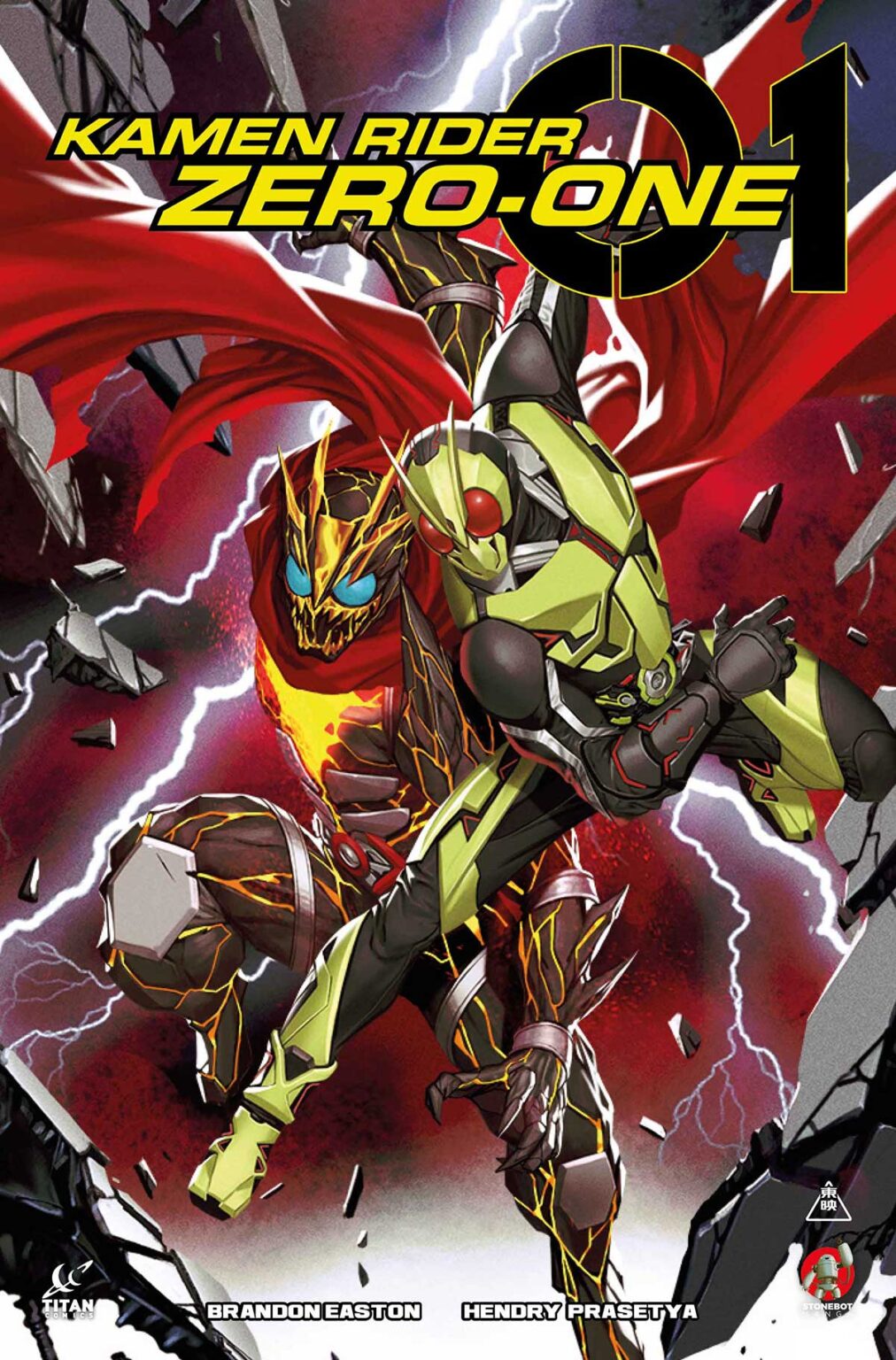 Are you ready for new Kamen Rider stories? Titan Comics releases Kamen Rider Zero One #1 this week, and we have a sneak peek at the issue, after the jump.

Aruto Hiden is KAMEN RIDER ZERO-ONE! Along with his trusty humagear companion Izu, he’s saved the world numerous times as the insectile superhero! But when his company HIDEN INTELLIGENCE is attacked by the mysterious RAGNAROK, Arturo must not only face the volcanic cluster cell-powered villain but also his own past…
In Shops: Nov 23, 2022
SRP: $3.99