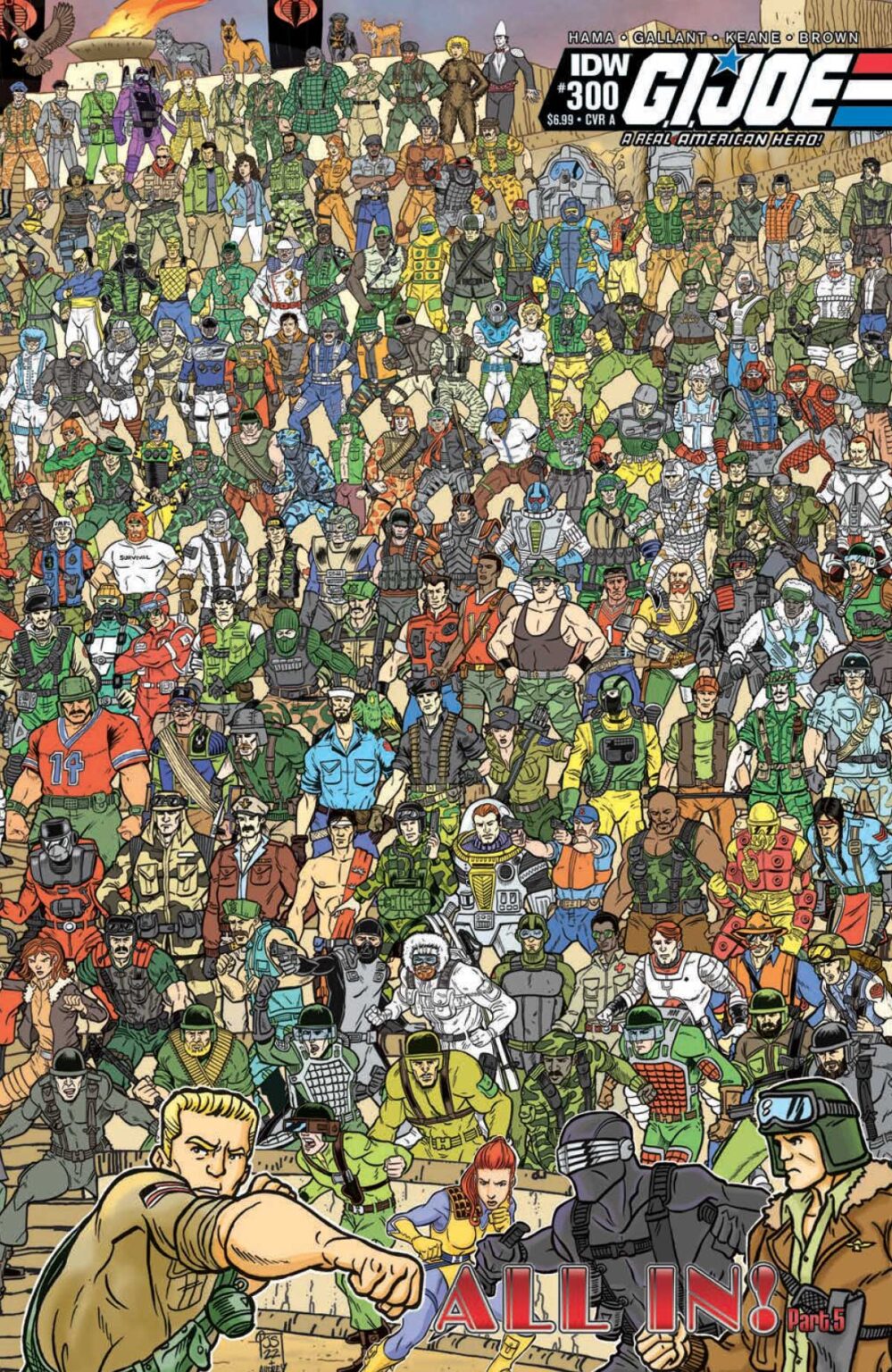 This is it! The big finale! Take the jump for a sneak peek at G.I. Joe: A Real American Hero #300 from IDW Publishing.

GI JOE A REAL AMERICAN HERO #300
(W) Larry Hama (A) S. L. Gallant (CA) Jamie Sullivan
“All In,” Part 5! This is it! The final G.I. Joe: A Real American Hero story arc at IDW Publishing comes to a blockbuster conclusion! Using a brand-new casino on Cobra Island as a front, Cobra has been busy resurrecting both dangerous villains and heroes behind the scenes, all in the hope of creating the deadliest Cobra army ever! Will the warriors of G.I. Joe foil their archenemy’s evil machinations before it’s too late? Or will the devious Revanche robots have the last word over both the Joes and Cobra? The game for the fate of the world has reached its calamitous finale, and it’s time for every single player to go… all in! Living Legend Larry Hama and SL Gallant bring us this final special overlength issue of their long and celebrated run at IDW Publishing! Including special extras, this milestone issue is not to be missed!
In Shops: Nov 23, 2022
SRP: $6.99