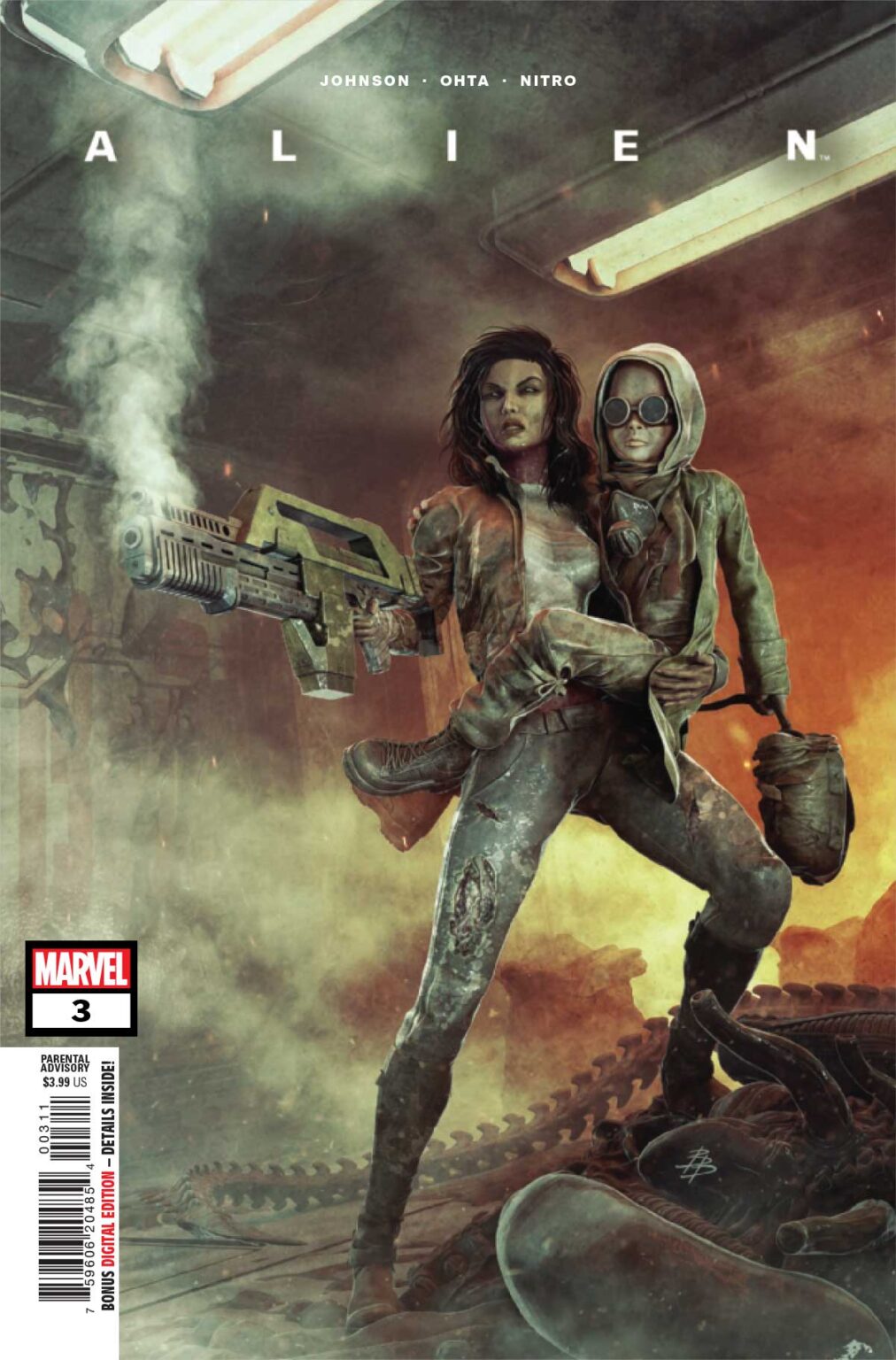 Alien #2 drops tomorrow! Take the jump for a sneak peek at Alien #2, today!

ALIEN #3
PHILLIP KENNEDY JOHNSON (W) • JULIUS OHTA (A) • Cover by BJÖRN BARENDS
Variant Cover by IBAN COELLO • Variant Cover by JONBOY MEYERS
Variant Cover by LUCIO PARRILLO
THE DEVIL YOU KNOW…
While searching the Xenomorph-infested Tobler-9 for an alien sample that can save humanity, “Steel Team,” the mythical Synthetic Special Operations team, has made a shocking discovery: a colony of humans who have managed to survive there for decades. With only their mutual mistrust in common, the humans and synths strike an uneasy bargain: the alien sample in exchange for Steel Team’s help in clearing a subterranean Xenomorph nest. But while the humans have had to sacrifice some of their humanity to survive, Steel Team learns that the ICARUS alien strain has taken on some disturbingly HUMAN tendencies…
32 PGS./Parental Advisory …$3.99